FOOD WARS to start Sunday morning. Daisy’s diet food has caught the attention of the non-dieting Dotty. I placed the food in two different locations. But Dotty was on the scent and tried to snaffle in. Not at that price, luv.

I headed out for a run. It was delicate around Weird Wiv with the pavements frosted over. I had the latest Diesel Park West album in the AirPods. Back in the day and I would have lived with this for six months and little else. The range of choice out there means that I’ve neglected DPW.

It’s half decent. I came to the conclusion that it’s best described as psychedelic skiffle. It’s a sorrowful album, almost a swan song. Gone, Gone, Gone is pretty deep shit towards the end:

My fingers failed to warm up throughout the 10km running route. I was wearing a pair of gloves. The final 2km stretch around the Quay coincided with the bloody bell ringers. I can do without that racket interrupting my DPW listening.

I was two minutes faster around the circuit compared to two days ago. I’m not sure how that happened, considering I was running on thin ice. 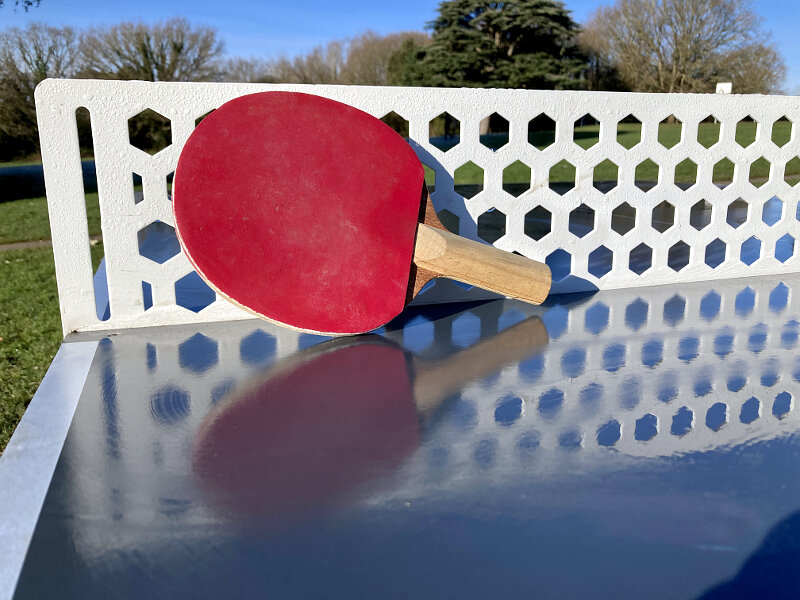 We had a return to the home Table of Dreams for a mid-morning knock up. The Ipswich table yesterday disrupted my rhythm a little. I tried a top spin serve at various points during the game today. This led to a 6-1 defeat. I even lost one game 11-0.

A commented at the end:

“That was good, apart from you being shit.” 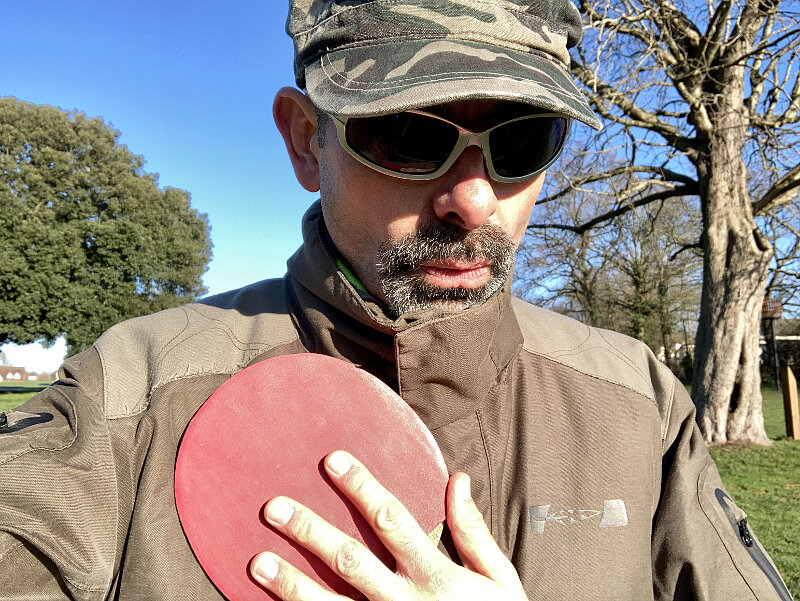 Out went the shout of: To Colchester Arts Centre! For The Vinyl Sessions!

Fad Gadget’s debut was lined up on the turntable for a serious midday chin stroking session. I cycled through the campus. The frost had lifted on the University playing fields. Descending Boundary Road was still a little nervy.

Old musty men were drinking real ale at the Arts Centre. I fitted in rather well. I wasn’t familiar with Fad Gadget’s Fireside Favourites. The jumping vinyl as we warmed up with the debut 7″ added to the sound.

The album sounded cool as fuck coming out of the Arts Centre PA system. I loved the idea of anti-Establishment songs filling every space in an old CoE Church on a Sunday morning. I Shazammed one of the track, just for shit ‘n’ giggle. 10/10 for the modern interweb recognising Fad Gadget.

There was a round of applause at the end of side 2. A Q&A followed. I felt seriously out of my depth.

…was my piss poor contribution. The audience were asked for suggestions and volunteers to host future Vinyl Sessions. I may bring along my Whitney debut.

I had a brief Lidl run on the way back. The cost of living shit is truly fucked up. Even cheapo Lidl baked beans are now 49p a tin.

Some petrol head arsehole almost took me out on the Sunny Colch Roundabout of DEATH. I told him face to face what I thought of him as he wound his window down. You get the idea.

We had just enough light left in the day for a brief Weird Wiv walk. The sunset Quay had outdoor boozers getting stuck in. 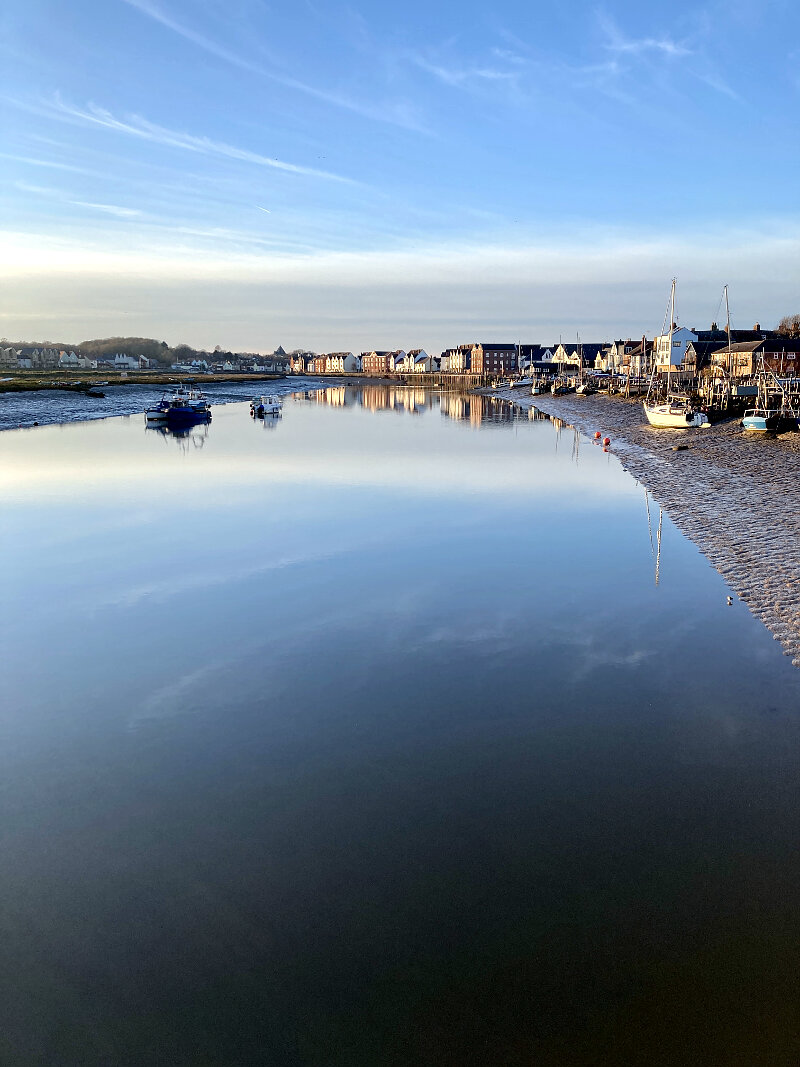 We took a detour and went off radar and cross country. LIVE DANGEROUSLY, Jase. 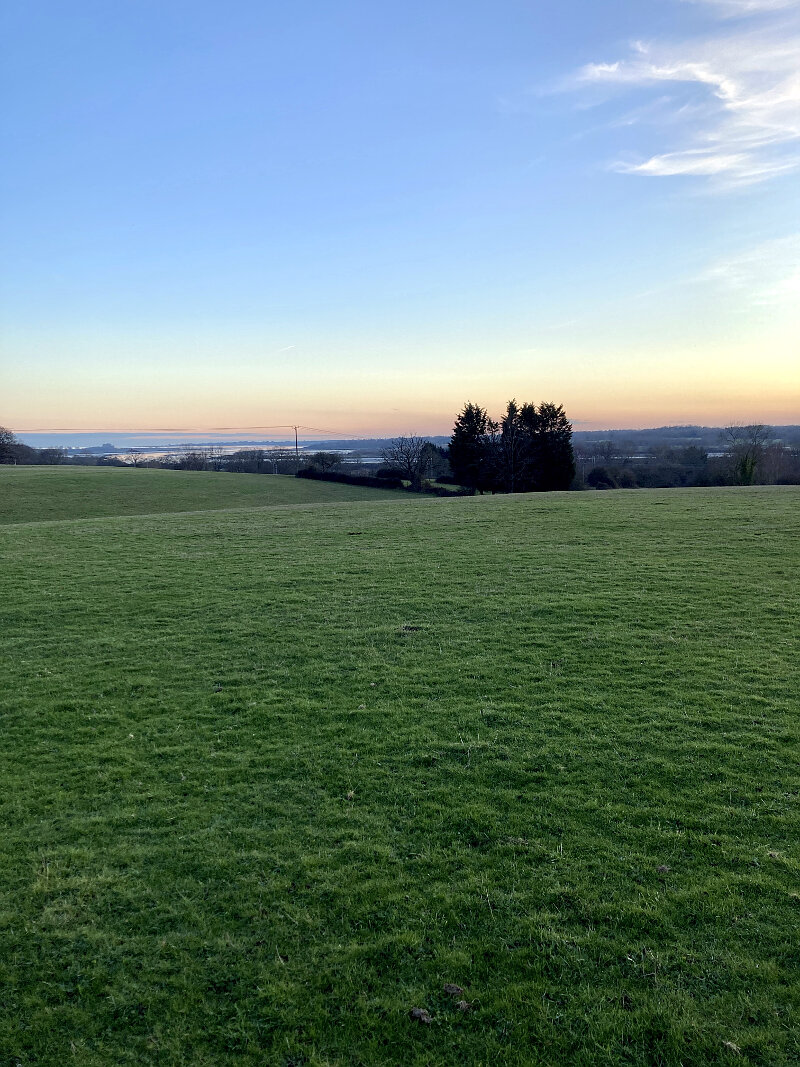 The field were full of frozen mud. It was ankle breaking conditions, especially wearing wellies. In days gone by I would have embraced it and skidded across the ice. Age has got the better of me. I don’t fancy spending the next three months in a hospital bed, unable to earn.

Album of the Day: The Fall – The Infotainment Scan

This is possibly the most accessible album by The Fall – which doesn’t diminish it in any way. Lost in Music is the obvious talking point. Who is lost in music though? And why? A celebratory experience like the Sisters? I get the impression that this is one of Smith’s in-jokes and he’s having a dig at his band at the time. It’a a rare feat to be aware of what’s happening around you musically, but not be influenced by it. You wouldn’t describe The Infotainment Scan as a Madchester album, but Smith is playing a clever game here. Or perhaps he was just pissed and didn’t give a shit?

Arsenal Vs Man Utd was terrific. It felt like a throwback to football from two decades ago.