To Ipswich! …early on Saturday morning. The main mission was to service the pair of Raleigh electrics. The spanner appeared in the LED screen for both bicycles. This means it’s time time to drag our arses over to Ipswich and the lovely local shop we bought the Raleighs from.

Given better weather then we would have ridden there. I didn’t fancy a 7am roll out in darkness and freezing conditions. We let the train take the strain.

It should have been so simple. We were aware of the escalators being out of action at Sunny Colch. It didn’t make it any easier lugging a couple of 28kg bicycles down the stairs and then back up again to change platforms.

The bicycles were dropped off at the other end. We gave the lovely local shop the entire day to carry out the servicing. Which meant we had a whole day to kill in Ipswich.

I made a beeline for the one charity shop that I knew is well stocked with a half decent turnover. I wasn’t disappointed: Jeff Buckley, Cat Stevens, Supertramp, Van, John Coltrane, Bentley Rhythm Ace and Paul Young – £6 all in.

I passed on the two Megadeath CD’s. Ditto for the charity shop Brothers in Arms vinyl priced at £20. Money for Nothing, etc.

We strolled around a little and hit on HMV. I didn’t know that HMV was still a thing. It was busy in there at 10am with plenty of yoof buying up whatever yoof buy up in record shops these days. Long may it continue.

I couldn’t resist the book deal of two for £7. I walked out with Steve Jones’ Lonely Boy and the KLF book.

Trip Advisor suggested Christchurch Park was worth a visit. We came prepared with the wiff waff bats and ball. The modern interweb boasted of TWO Table of Dreams.

It was a lovely park in beautiful weather. But we couldn’t find the bloody wiff waff tables. We walked around for half an hour or so. My step count for the day was soon achieved. 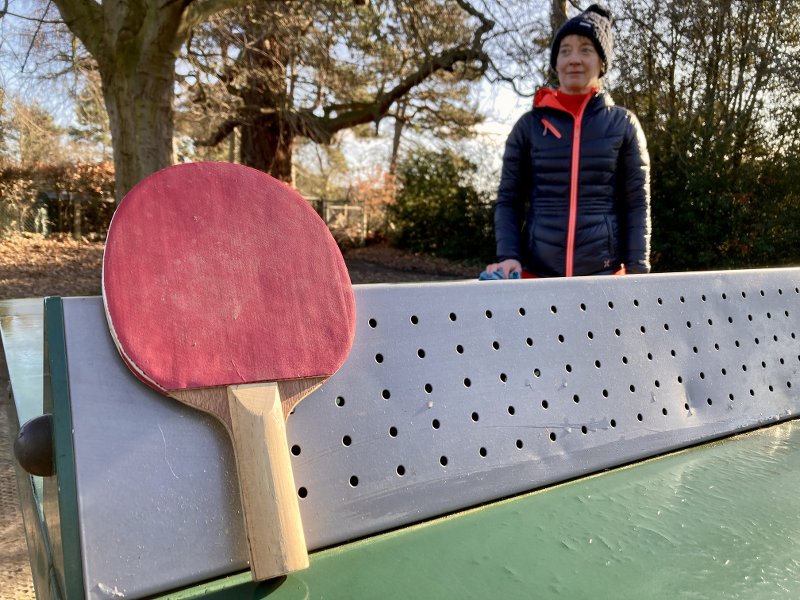 Finally we found the Table of Dreams. We wiped down the least damaged table and started a knock up. The surface made the ball bounce a little slower compared to Weird Wiv. I lost 3-2.

The afternoon time killing was put aside with Whitney. I bloody LOVE Whitney. The film was showing at a screen in Ipswich that could accommodate around 30 people. It was almost a sell out.

It was a stunning film. Probably not on par with a Hitchcock, but I know what I like, and I like Whitney. Woh, she lived a troubled life. There wasn’t to be a happy ending. The film focussed more on her high points than dwelling on her death.

My watch failed to find a signal deep within the bowels of the cinema. This meant I missed most of the pings for the Forest game. I caught up on the walk back to the bicycle shop. I’ll take a 1-1 away day on the Coast.

The Raleighs were picked up and we boarded a train back to Weird Wiv. By complete coincidence were sitting next to D and S, on their way back to S Ldn following an Ipswich weekend away. It was a little bonkers, but good to catch up.

We binged on a crappy, crappy straight to video Beatles film on Saturday evening. Barry Grant even made an appearance.