I stepped in to offer a resolution to the South Lambeth Road Ivy Wars. It was the very same suggestion that I came up with six months ago before the neighbourly hostilities broke out. I’m not normally a compromise kinda guy. But I have more important shit to get worried about than the silly Ivy Wars.

I dipped in a little to the Peter Hitchens interview on Novara. What a fascinating character. I rarely agree with anything he says, but I respect the way he says it.

“I make a living out of scribbling.”

Old school Conservative is pretty much dead and buried. They were once the enemy. The wets now sound half decent compared to the current shit show.

Plans for an Ipswich ROAD TRIP at the weekend were hatched. We both need to return to the rather lovely bicycle shop. Both the Raleighs have clocked up their first 500km. This means the motor needs a brief health check ahead of hopefully longer rides to come over the summer.

But what the fuck to do in Ipswich for a whole day whilst we wait?

It use to be such a charming town when we were students in the early 90’s. We actually enjoyed a grand Ipswich day out taking in the football, record shops and BOOZE. It looks like we’re in for a cinema session instead a the weekend.

Album of the Day: The Clash – The Clash

I bloody love this album. Three weeks to record, £4k all in. Money well spent. I always seem to form an involuntary knee twitch when listening to The Clash. The pace of the twitching relates to the timeline of the work – the earlier, the more twitchiness. I couldn’t control my right knee this morning as soon as Janie Jones kicked in. The reggae crossover with Police and Thieves could have sounded cringe. But it has even aged better with time. It has an energy missing from the original. This is a blink and you’ll miss it album from start to finish. It’s fucking fantastic.

Most of Monday was then lost on another Lambeth Licensing Sub-Committee meeting. LIVE the dream, Jase, etc.

It was the second meeting in two months to consider the immediate future of Brixton Academy following the two deaths back in December. Most of this was procedural. Both sides had decent legal briefs.

I got the impression that a lot of horse trading has taken place behind closed doors before the agreement of extending the closure for a further three months.

Dotty disturbed my work when she crashed in through the cat flap with a huge FUCK OFF bird in her mouth. It wasn’t a pigeon, but it was of similar well-rounded proportions.

The expectation from Dotty is that I congratulate her on delivering a present for me. The reality is that I want her to take the bloody bird outside and finish off the kill.

Feathers were everywhere in the lounge. The poor bird was neither here nor there. I managed to capture it in a large Tupperware container. It wasn’t very dignified.

I placed the bird in a garden hedgerow and hoped that the ending wouldn’t be too painful. Both cats were locked indoors.

I looked outside ten minutes later and the bird was perched on the shed roof. I can think of better final resting places.

Ten more minutes passed. I looked once again and the shed roof was deserted. I’m not sure if there was a miraculous recovery, or if the Bully Boy cat from over the garden fence had helped himself.

This is the very reason why we have an annual subscription to Essex Wildlife. We need to give something back to all the nature shit.

Dotty is a one.

The Lambeth meeting ended. I bashed out the Buzz piece.

“Brixton Academy will not re-open until 16th April at the earliest following a meting of the Lambeth Council Licensing Sub-Committee on Monday morning.”

I had sufficient time and light late afternoon for a pacy walk around Weird Wiv to stretch my legs. Christmas decorations were hanging on for dear life around some houses. The Trail was in a sodden state; the estuary was bleak on Blue Monday. 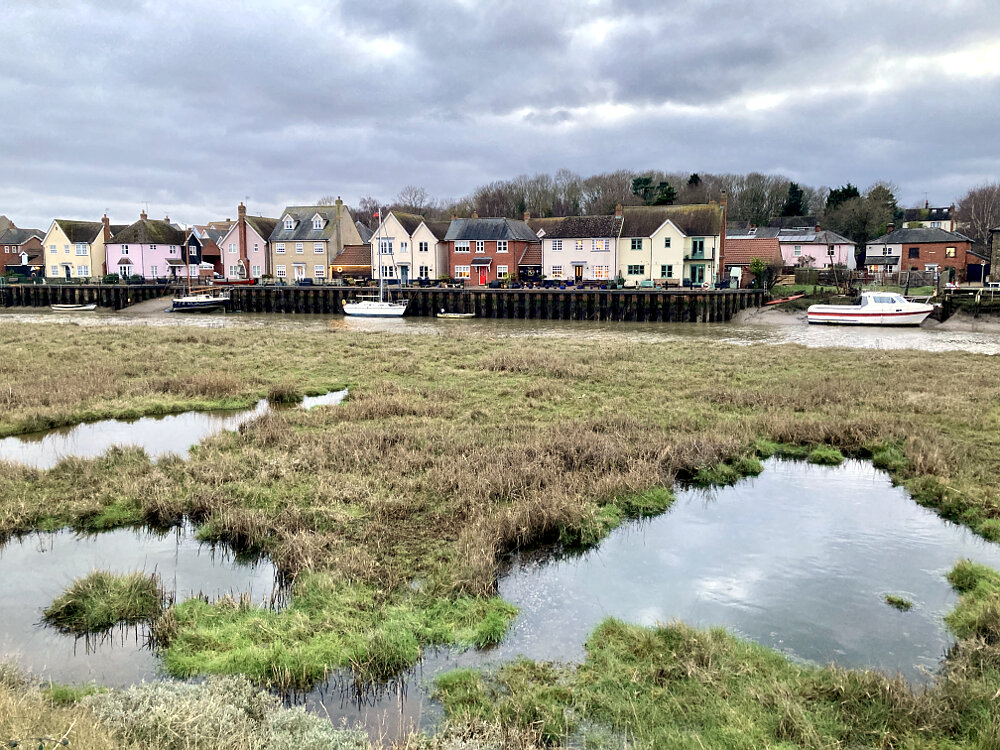 The March poll for the rowing club landed late afternoon. I should be around a little more come March. We also have favourable light allowing earlier and later rows.

The daily eBay alerts threw up a beautiful Giant TCR ONCE road bike. The only downer was that it is a 50cm frame. I should have never sold my original. I consoled myself by buying a Giant TCR ONCE jersey instead.

I’m still in the hunt for a track bike. I have been for the past couple of years. Herne Hill Velo is selling off the old stock of hire bikes for the very reasonable price of £100, sold as seen. They’re not in a great state tbh.

“This club has great status, it has history, it has great values — it has a football soul”