To Sunny Colch! …early on Saturday morning to pick up my Brompton. But how to get there? That nice Mick Lynch meant that the choo choo wasn’t an option. I’m no Bus Stop Johnny either after the Gawd awful experience earlier in the week. And so I decided on a walk instead. 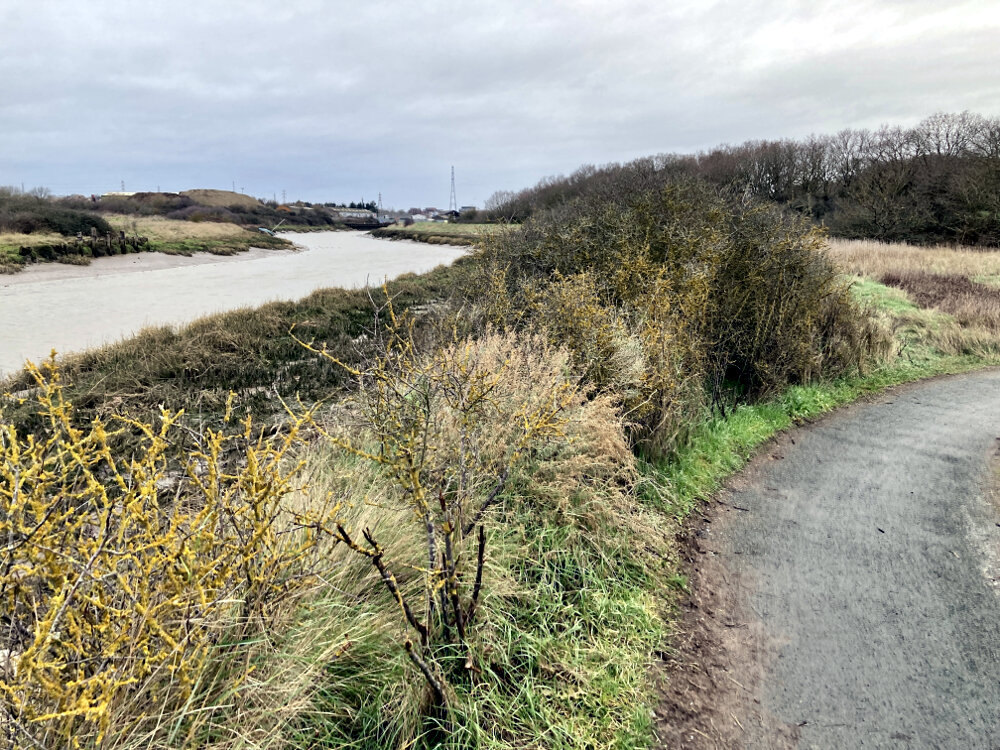 I took the Trail and soon hit my stride. I was surprised to see it was relatively dry and puddle free. The stretch from Weird Wiv to the University was empty at 9am. I had the wind on my back and made decent progress.

I passed through the Moors and on to East Hill. It got a little weird here. In the short stretch up to Firstsite, I passed three females who were all dead ringers for Michelle Shocked. What’s going off here then? Is there a Michelle Shocked convention happening at the Hythe?

My Forest cap remained firmly in place along a blustery Trail. It was only displaced by the wind when I hit Sunny Colch. 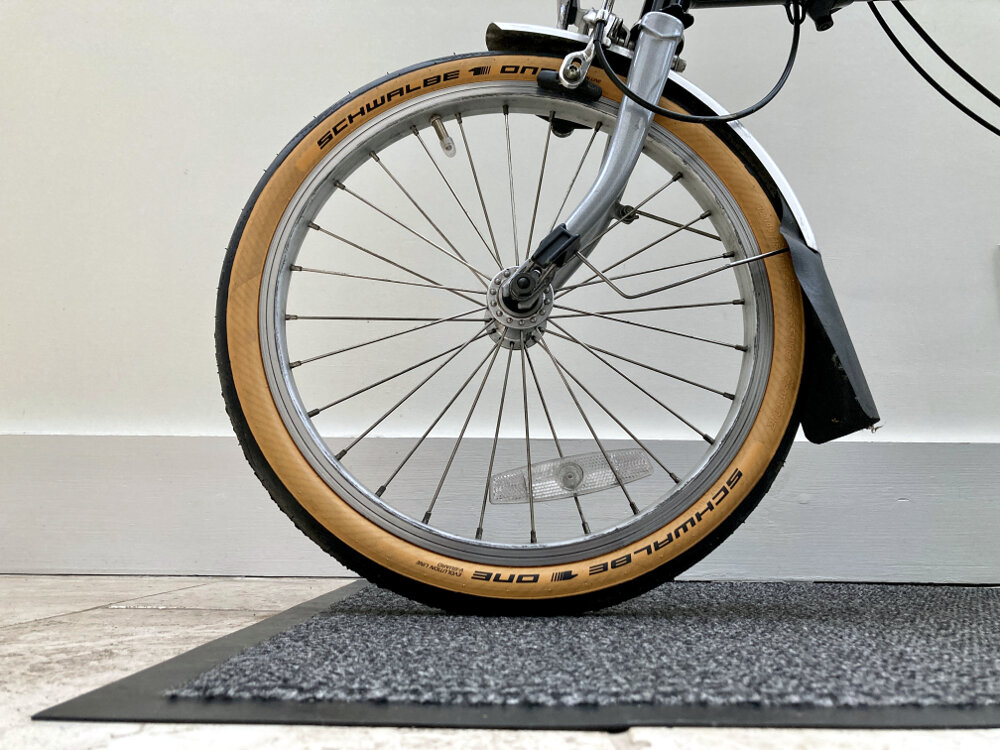 I made my way to the bicycle shop, and there she was: my beautiful, beautiful Brompton. The plan was to have a couple of poncey tan wall tyres fitted for the new year. I also told the nice bicycle man to do whatever else needed doing.

£250 odd pounds later. Whoops. It’s all good. I have a new chain and cassette fitted. Plus numerous other fiddly running repairs. I had no idea that I’d been riding with a couple of broken spokes. It’s not surprising considering I transport half my belongings back and forth between Sunny Stockwell and Weird Wiv.

The nice bicycle man also commented that I was riding a bastard Brompton. I bought it second hand. He said that he couldn’t date it as it had so many different features fitted from various models.

The race was then on to beat the rain that was forecast. I hit light drizzle back at the Hythe. This soon fizzled out in Weird Wiv. I just about got away with it.

Robert Elms had an ACE four-fer on BBC London. Trains was the general and theme. The idea was to celebrate trains whilst they are all fucked and we can’t use them. Train to Skaville was the highlight for me. 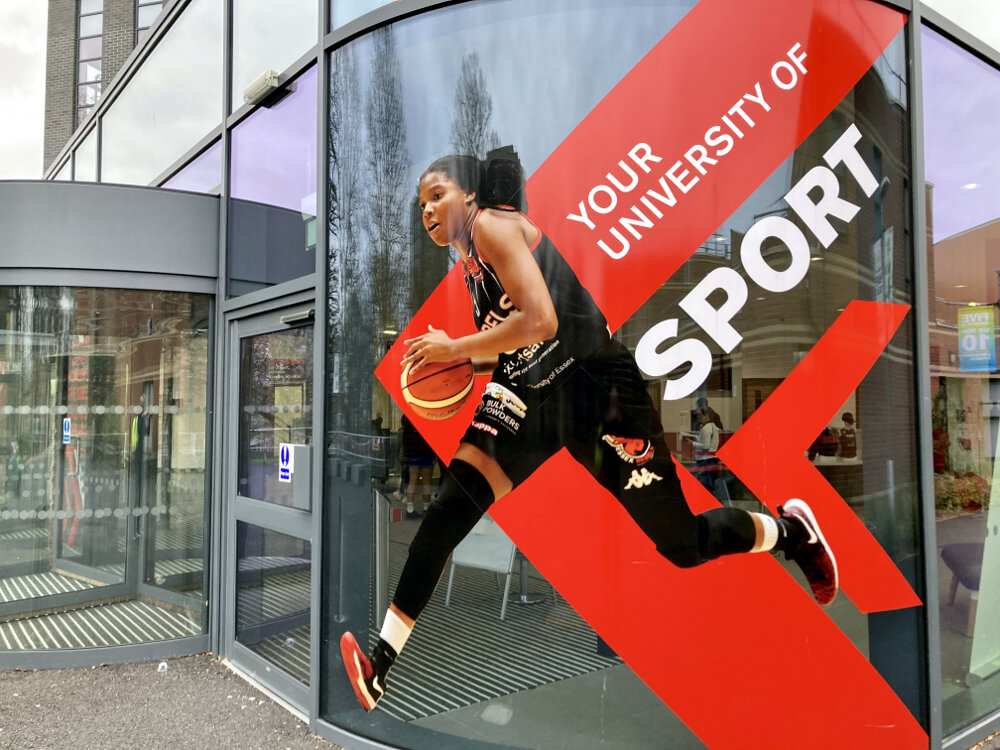 Out went the shout of: To the University! …after luncheon. The Essex Sports Arena is staging The Women’s British Basketball League Trophy first round this weekend. It’s quite a coup up on campus – and not for the first time, either.

SIXTEEN teams, eight matches across the weekend. Having the elite teams together at the same venue was quite special. It was like a coming together of the basketball tribes.

We sat with the Essex Rebels crowd. There’s a real basketball family building up covering the elite Women, the Men’s Div 1 and the various development teams below.

The usual in-play show was also being blasted out at full pelt. A new addition was the Looks Like Cam on the big screen. The idea was that a pic of a celeb was flashed up. The camera then zooms in on a crowd member who looks the same.

Sounds innocent? It was a little cruel tbh. Jean Luc Picard appeared. I wasn’t the only baldie bloke in the audience looking a little anxious.

I watched the Cardiff Vs Durham game whilst listening to Forest away at Blackpool in the AirPods. Like a FOOL I listened right through until full time. It seemed that many of the travelling Forest fans bailed before I did.

Back on court and Cardiff were being bullied by a physical Durham team. The Welsh team trailed right through into the final quarter. Somehow they managed to muscle in themselves and find a decent victory. 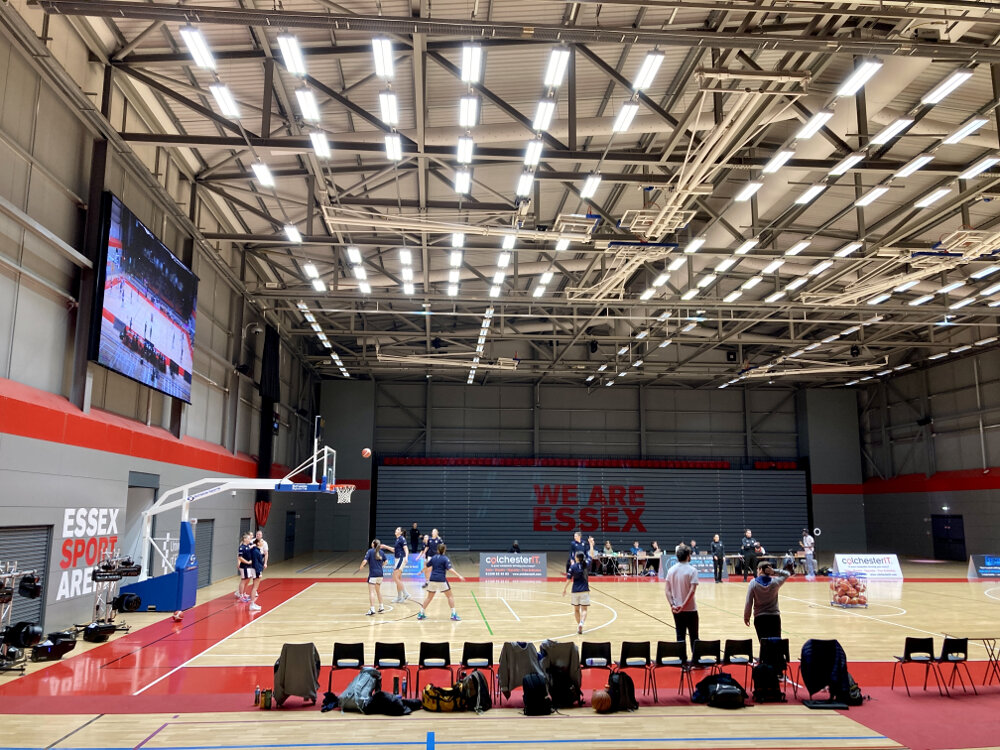 Essex Rebels were up next against Sevenoaks Suns. You could sense this was an important game for the home team. The entire Who’s Who of British basketball had rocked up on campus; this was a chance for the hosts to show what they are building as a club.

They girls didn’t disappoint with a fantastic display full of energy and sharp shooting. The joy in winning 79-64 was clearly visible throughout the entire club come the final buzzer.

Something very disconcerting then took place. We saw Queen Bea, the Rebels mascot, remove her head. Say it ain’t so. We were sitting near the side of the arena where you can look into a store cupboard. And there she was, taking off the massive rubber head and sitting down to have a flick through her socials. I’ll never see Queen Bea in the same light again.

The final game was Scottish Caledonians Vs Thames Valley, aka BRUTE Vs Pace. Brute force won out convincingly. There was some great support from the Thames Valley travelling fans though.

We binged on some old TOTP recordings back at base. 1985 proved to be more rewarding for music than I remembered. It doesn’t get much better than John Peel introducing Smiley Culture.

Tantek on the modern interweb

“Vialli grew up in a castle, dressed like a Bash Street kid, spoke in a hybrid Italian-Cockney accent and looked like he knew his way round a street fight. Vialli was very London.”

The Great Wen on the Great Man

Transport for London’s (TfL) cycle hire scheme saw more bikes hired during 2022 than any other year in the scheme’s history, with 11.5 million rentals across the year