A bloody miserable day stuck out in the Estuary Wilds. No worries. I had wfh, I had a pile of CD’s and I had a pot of hot tea on the go throughout the day. LIVE the dream, Jase. Live the dream.

Today was always going to be a good day after the tax refund was confirmed first thing. I reached for the calculator and worked out how many CD’s I could snaffle up with the kitty.

All the excitement led me to a Greater Anglia fuck up. I’ve got my cheapo tickets for next week. But wait! What’s this? I couldn’t find any tickets in my digital folder for a couple of week time. I bought some tickets and paid a little more than I was expecting. I then found that I had already bought some tickets, but didn’t download them.

A patient phone call with Mr Greater Anglia ended in a refund for the duplicates.

This album chugs away. It sounds like the perfect driving music – if I could drive. It’s an ambitious record that never strays far from its key message. I’m not sure what that key message is, but that doesn’t matter. It makes you feel as though you are part of something. I love the mixing up of the vocals between Thurston Moore and Kim Gordon. Sharing these might sound confusing with other other artists. But not for Sonic Youth. They blend together well without you ever realising that the interplay is taking place. Decent.

The Postman Delivers: Jazz for Absolute Beginners and More Specials. 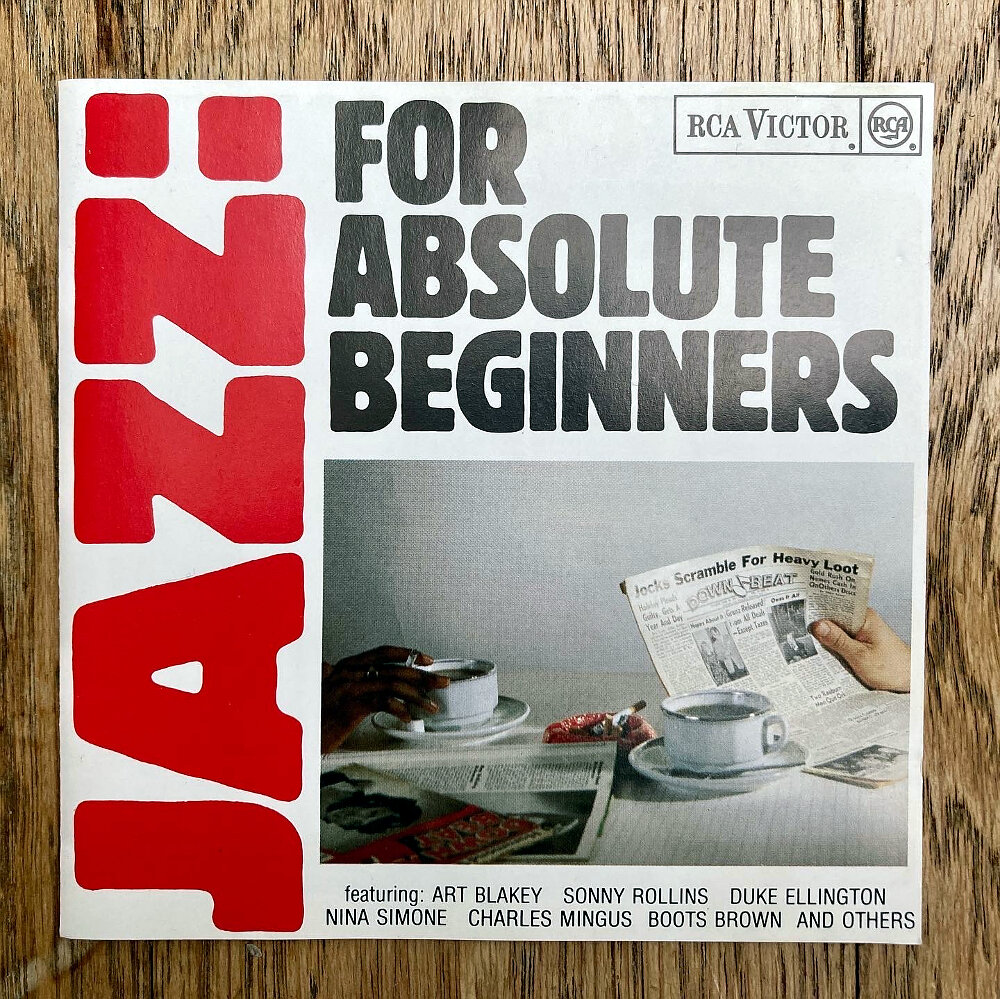 The jazz album is something of a personal classic for me. I bought it on vinyl when it was released in 1986. It did the job of offering up a jazz opening for… absolute beginners. I’ve used it as my starting point in subsequent years to reach out a little further. The CD appeared in my daily alerts at a bargain price.

And then there was Terry 😔 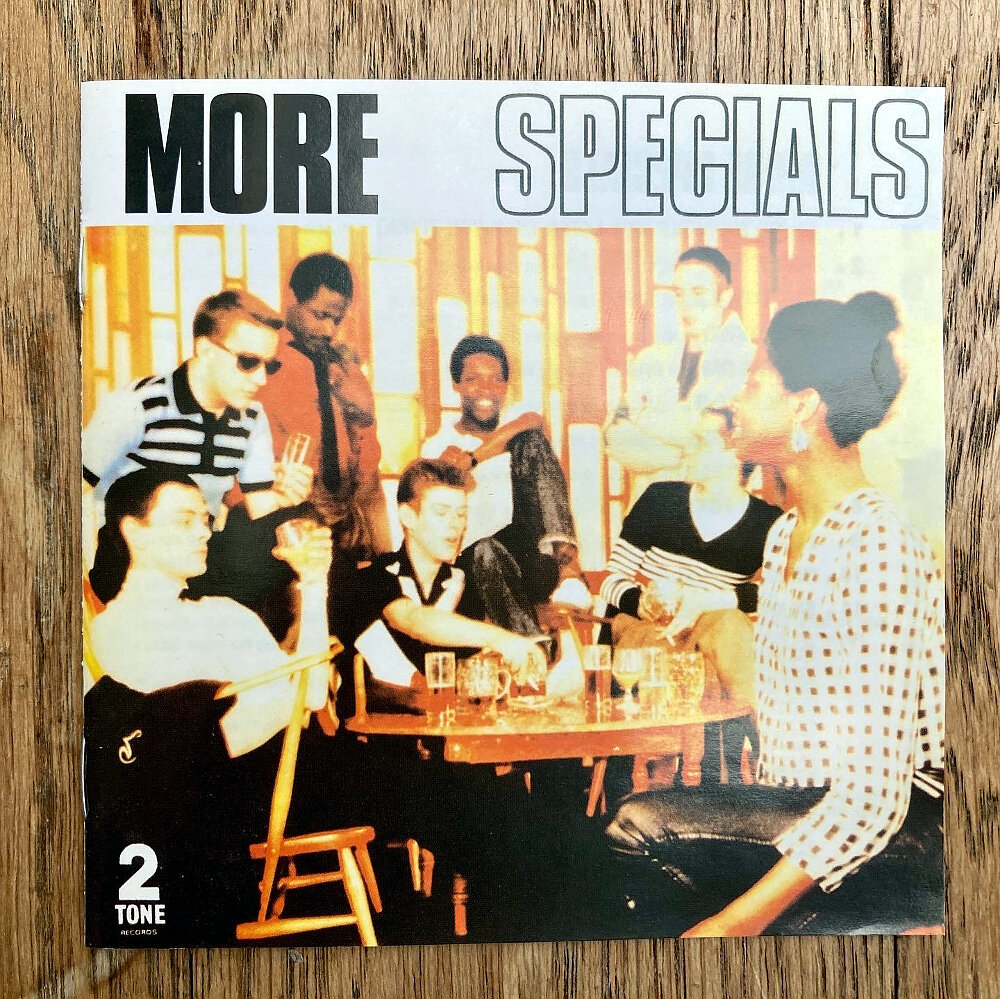 I bought More Specials a few days before news of his passing appeared. I’m not sure that I can play this CD now. There is a lovely Two Tone CD label imprint.

My post is all over the bloody place right now. I worked out that I’m still missing a couple of CD’s bought during the first week of December. Other items bought last week have already arrived. I’ve raised the issue with the eBay sellers.

We’re still getting a couple of Christmas cards each day.

There’s far too much going on. It did me nut in tbh. A bloody racket.

I reached for the crate of reggae 12’s and pulled out at random Barrington Levy’s Here I Come. It’s the original pressing from 1985. There’s a couple of killer mixes on the flip. It’s been added to my To Digitise pile for the Jay-C YT channel.

Tackling the telly and modern interweb renewal came next. The current BT deal ends at the start of next month. Now would seem like a good time to shop around and blag one of the fibre deals that are currently being rolled out around Weird Wiv.

BT coverage has been patchy of late. I’ve had to reboot the router most mornings recently. But there’s a decent deal covering BT Sport and all Sky Sports channels bundled in via Now. We currently pay Now separately. Switching them all over to BT works out slightly cheaper.

I did the deal.

A random look at the diary dates for the Sunny Colch Arts Centre threw up a few surprises. The Style Councillors (tribute act) and Steve Ignorant are both appearing later this year. I also logged some dates of the Vinyl Club that takes place on Sunday lunchtimes. I started to attend these before Covid shit broke out. The Who, The Jam and The Cure all have album playbacks coming up.

I was surprised to receive a response to my latest FoI from Big Organisation X – a couple of weeks ahead of the deadline as well. This has been a passive aggressive online battle from both sides for the best part of two years now. It’s interesting what can happen when you have that nice Information Commissioner batting for your side.

I played the Nina Wild is the Wind CD into the early evening. The title and the music were perfect for the bloody Estuary Wilds blustery conditions. It’s a remarkable album, so soulful and melancholy. It makes you want to drink red wine and sit alone on a rocking chair to take it all in.

The BrewDog JACKPOT was hit at the Coop later in the evening. I only went in for some milk; I walked out with four boxes of the Brew beast. I’ve had a few run ins over the Christmas period with the pricing of BOOZE at the Coop. There was no mistakes made here. 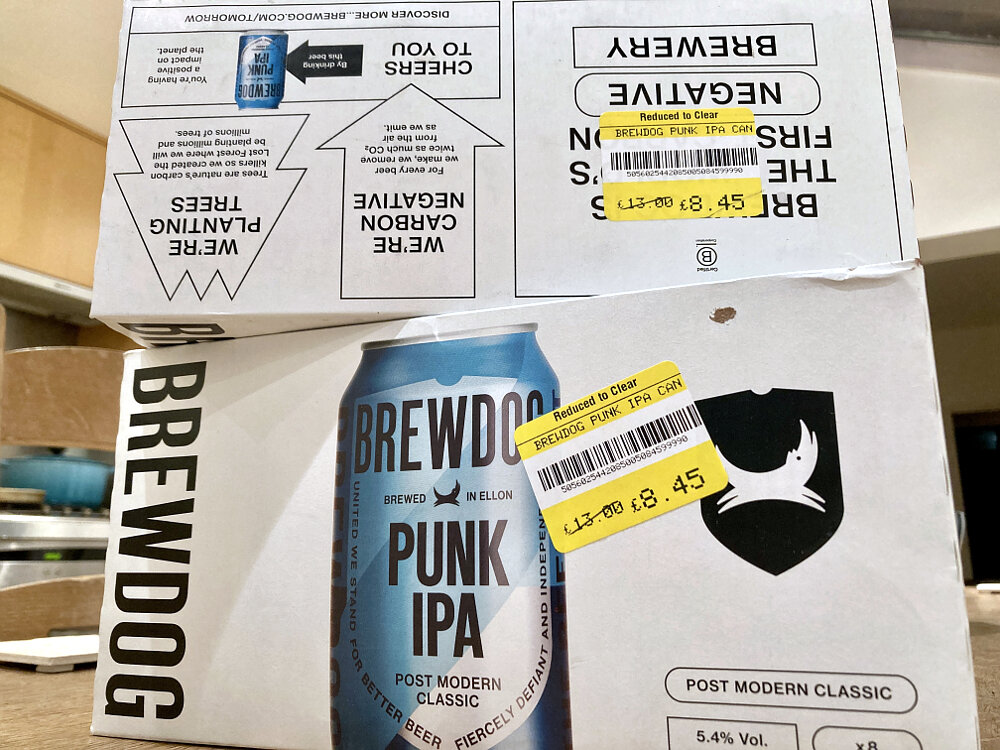 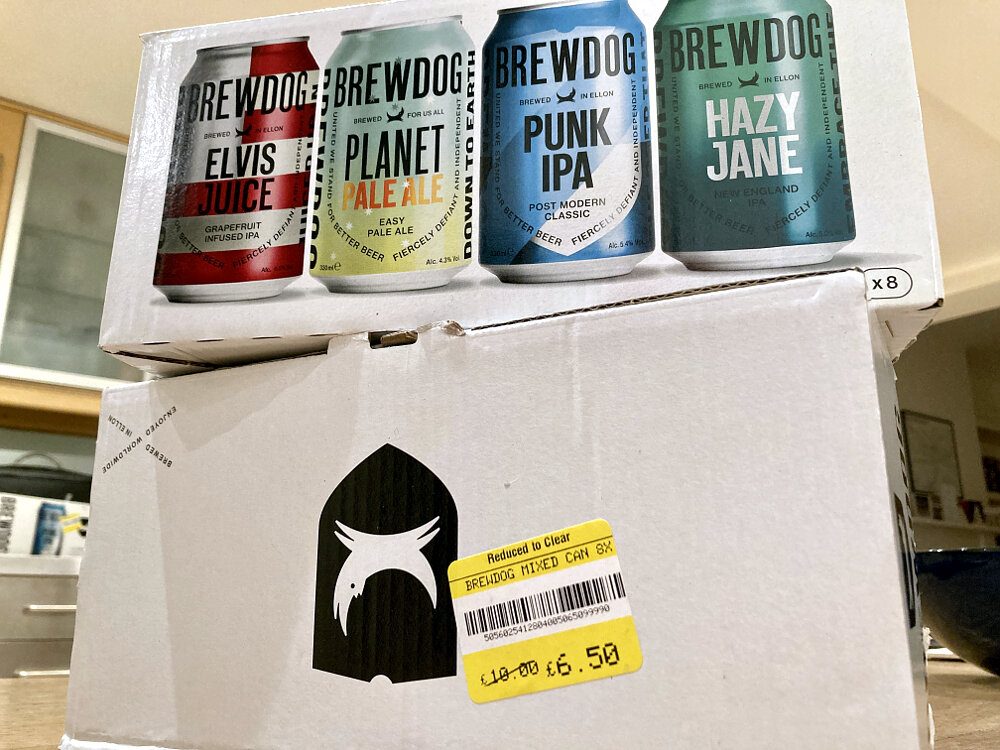