Another morning, another run around the University. I passed five other Bank Holiday runners during the 8km circuit. That’s encouraging. The days of the lone running weirdo seem to have disappeared. It was a pacy time at 5’05” per km. It led to my fastest time around this route since the summer.

The ONS mailed with another Covid shit test failure. Oh dear. I’ve only been sticking a swab down my throat and up my nostrils each month for almost three years now. You’d think I would would have got the hang of it by now. But nope. Hey hoe. That’s another £20 Decathlon voucher blagged though. 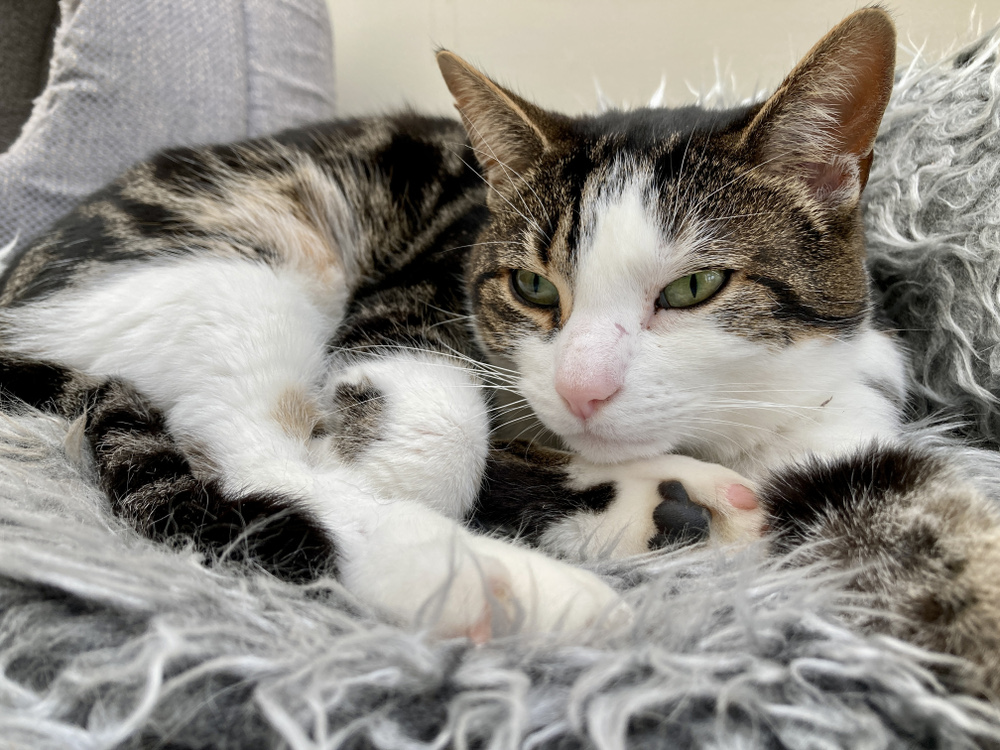 The morning was spent talking to the cats. It’s what you do when you’re on your own. I was so lost in Cat World that I was half expecting a response. It would have been useful to hear Dotty try to rationalise how and why she managed to leave a bloody big blackbird stone cold and out for the count on the patio.

Dotty is a one.

I caught up with the Garibaldi Red podcasts following the two games at the weekend. The consensus seemed to be: Man Utd – not a disaster, Chelsea – we’ll take a point, thank you very much. There was also the mention of League Cup Fever, which almost made me cut myself whilst shaving. 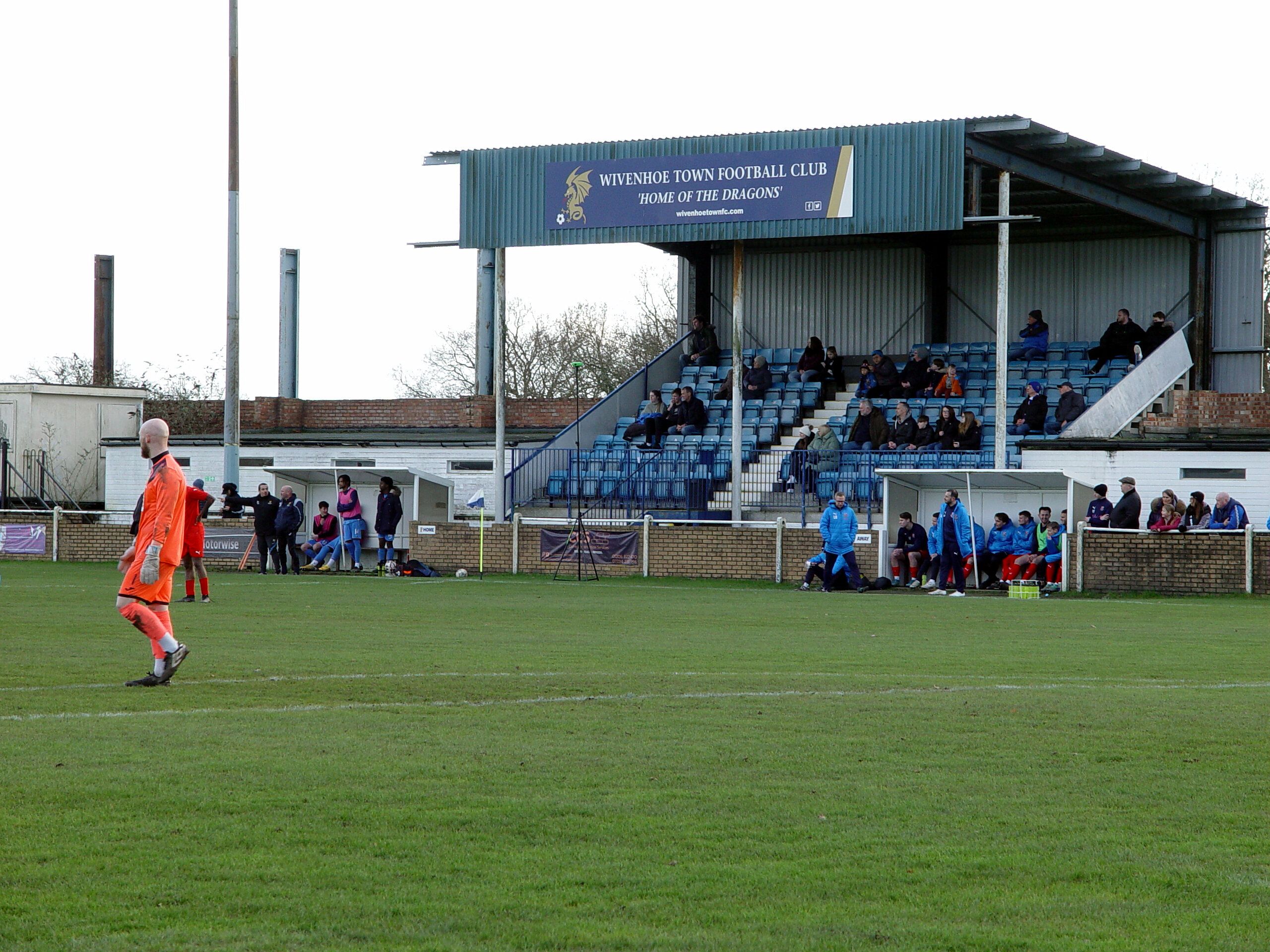 Out went the shout of: To Broad Lane! …shortly after luncheon. The Dragons were hosting Burnham Ramblers in another league match. Disclaimer: I don’t think Burnham Ramblers are a team of folk who enjoy rambling around Burnham.

The car park was once again full ahead of the 2pm KO, another sign that a BUMPER Bank Holiday crowd was expected. As per usual, my fashionably late arrival meant the I missed the first goal from the Ramblers. 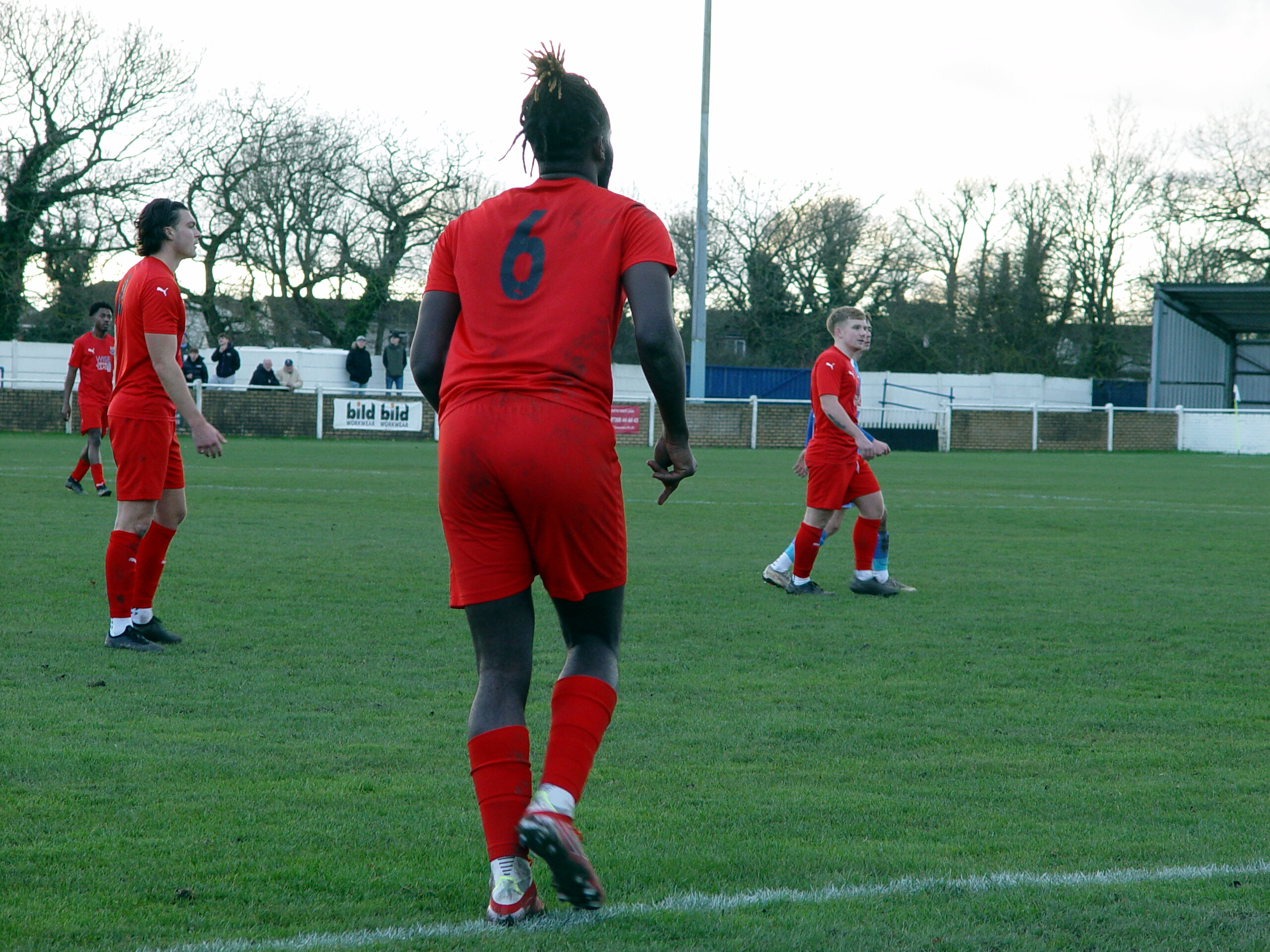 The away team were wearing a very fetching all red kit, shorts and socks as well. Forest rarely play in this combination these days. I always think it looks most classy.

The Ramblers’ centre half sliced a ball out of the ground for a throw. Without a pause for thought, the Wivenhoe old soaks behind the goal led out a chant of:

Which made me smile. I was bloody annoyed with the Forest Rent Boy chant at The World Famous City Ground last night. I thought that shit was left in the distant past. The Wivenhoe wit raised a smile and restored my faith in football culture.

Burnham played a dirty game. The ref was dodgy. The final score of 2-0 to the visitors seemed harsh on the Dragons.

I cycled back to base and realised that the garden shed needed a little love. I surprised myself with being a little handy with a hammer as the sun started to set.

The Cardigans – First Band on the Moon

This was little too happy clappy for my liking. Plus it’s not personal, but I had problems with the voice. Too sugary when I wanted a little more anger. I listened to the album whilst carrying out various online admin tasks. It completely passed me by from start to finish with nothing memorable. Inoffensive, but then so is marmalade.

An email dropped from the Serpentine Swimming Club:

“Can we please all stop from acting entitled?”

And then something really, really ODD happened with the daily eBay alerts. Rarely do you get a run where everything just clicks. The items that you have a search running for all deliver at the same time.

It started off with the listing of The Selecter’s ACE Celebrate the Bullet album on CD. This often appears on vinyl for around £25. I’ve already got a copy. But I’ve yet to see it on CD. One was listed with a £2.99 starting price. WATCHING.

Likewise for Roxy’s Manifesto on CD. For some reason this goes for silly money compared to the rest of the Roxy back catalogue. The listing today dropped at 99p. Ooohhhhh. I’ll have a bit of that. It’s the one item missing that will complete the Roxy set for me.

A beautiful Forest sweatshirt from the mid 80’s appeared next. It didn’t have a ridiculous retirement price for the seller either. Another one added to the Watch List.

I somehow managed to pick up a copy of Kitty, Daisy and Lewis’ Smoking in Heaven CD with a £2.50 offer. £10 would have seemed more like the market rate.

It got better. A stunning Diesel rainbow striped jumper was up next in the email alerts. But It Now for £22. Or make me an offer. I offered £10. It was accepted.

Liverpool away at Brentford was funny as fuck.

Darts was as entertaining as ever.

Album Covers with Bikes – Rate Your Music. via @documentally 🚴

“So far, tech journalists have approached Mastodon like it’s another startup. By trying to force Mastodon into their usual narratives, they’re missing that what’s really innovative about Mastodon isn’t its technology — it’s the platform’s values.”

Tech Journalism Doesn’t Know What to Do With Mastodon

Very little of this year was planned. A lot of it just happened. In the words of Douglas Adams: I may not have gone where I intended to go, but I think I have ended up where I needed to be. Douglas Adams achieved many wonderful things in his 2565 weeks. I can only aspire to do the same despite already having 91 weeks on his record, as I sit at 2656.

London exhibitions to visit in January 2023