The fireworks overnight were a right pain in the arse. The cats weren’t happy, and neither was I as they woke me up. BALLS to NYE and all the enforced fun. I’ll enjoy myself on my terms when I want to, thank you. And so can you. But hopefully not with FUCK OFF fireworks. During a cost of living shit crisis as well.

Six hours later and we were woken by a strange sound from up above. Something was running across the tiles in the attic bedroom. It wasn’t a bird – the sound was far to heavy footed. Daisy and Dotty showed an interest and leapt to the attic window.

A minute later and so did I.

We’ve spotted the odd squirrel making a dart across the wisteria in recent days. I thought nothing of it. Now I can see that we have got a potential squirrel situation that requires some immediate attention.

It may explain the alarming sounds I have heard in recent weeks coming from the other side of the household walls. I hate to think about any possible nest within the cavities.

We had plans for a New Year’s Day bicycle ride, but I bottled it. The bloody Estuary Wilds weather yesterday meant that the lanes would still be wet. That’s not for me.

The playing of the New Year’s Day Wiff Waff Cup at The Table of Dreams was also put on hold. It was a little too windy to attempt a serious game.

And so instead, out went the shout of: To Brightlingsea! And back! 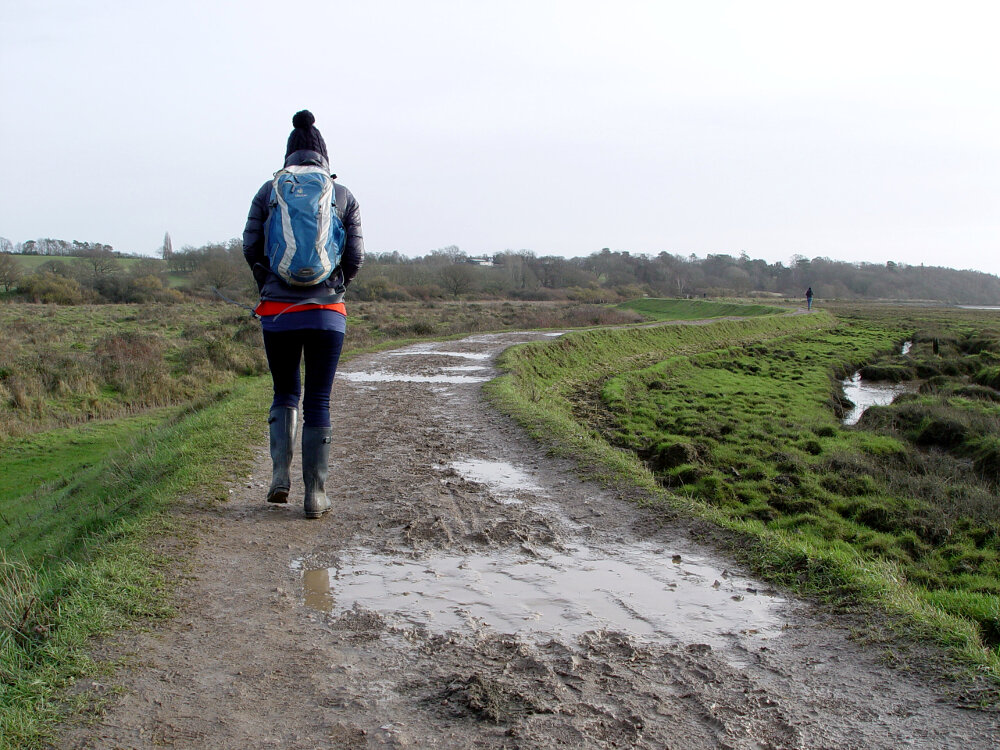 We walked with purpose along the estuary. We clocked the Walking Man who seems to walk every waking hour around Weird. Wiv.

“Go on, ask him what his story is”

…as I’m often told by A. But I never do. It was decent then to get a Happy New Year off the fella as he paused momentarily ahead of circling the village for possibly the tenth time already this morning.

I wasn’t in the mood to add a HAPPY NEW YEAR greeting to every fucker we saw. And believe me – there were ample other fuckers doing the same NYD walking thing as us.

I reached for the AirPods and had a delightful three hours with Robert Elms as he played out some of his favourite moments from 2022.

It’s been a wonderful year for the London Nu Jazz / Reggae / Soul crossover. Elms made the very valid point that much of it has come from female artists as well. It’s a definite London thing. There’s a hat tip to the jazz of the past, but it has the mash up that could only come out of Hackney, Lambeth and erm, Croydon. 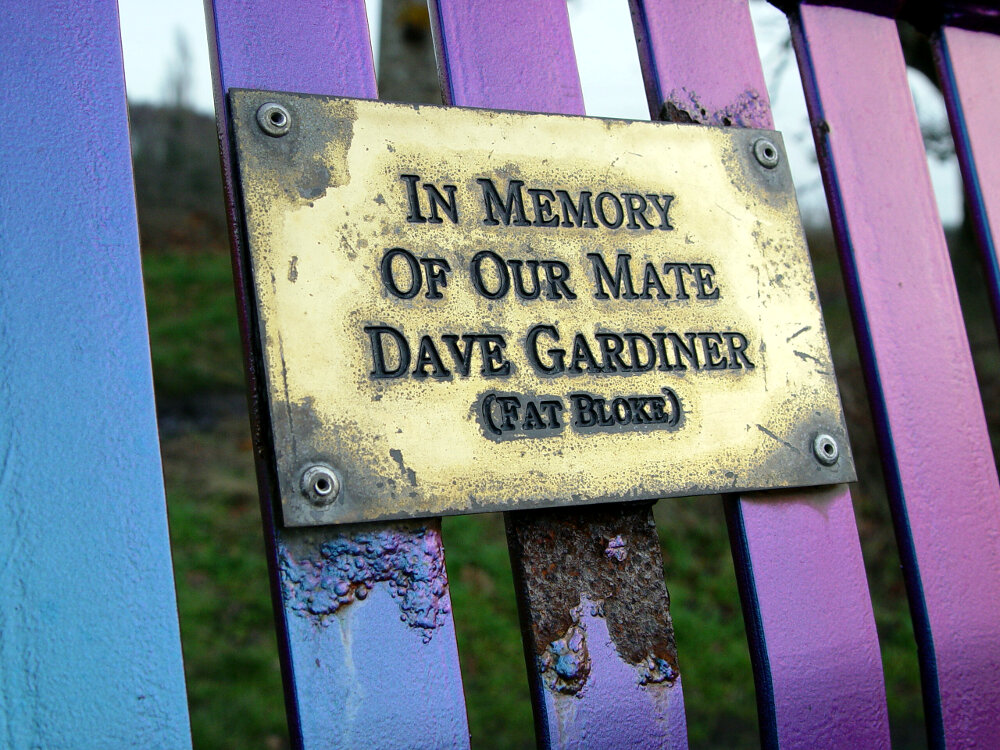 One of the few people I was happy to speak with was J, out doing her own NYD walking. We had a pleasant chat about the Clacton Blue Tits swimming crowd. I’m tempted to tag along. 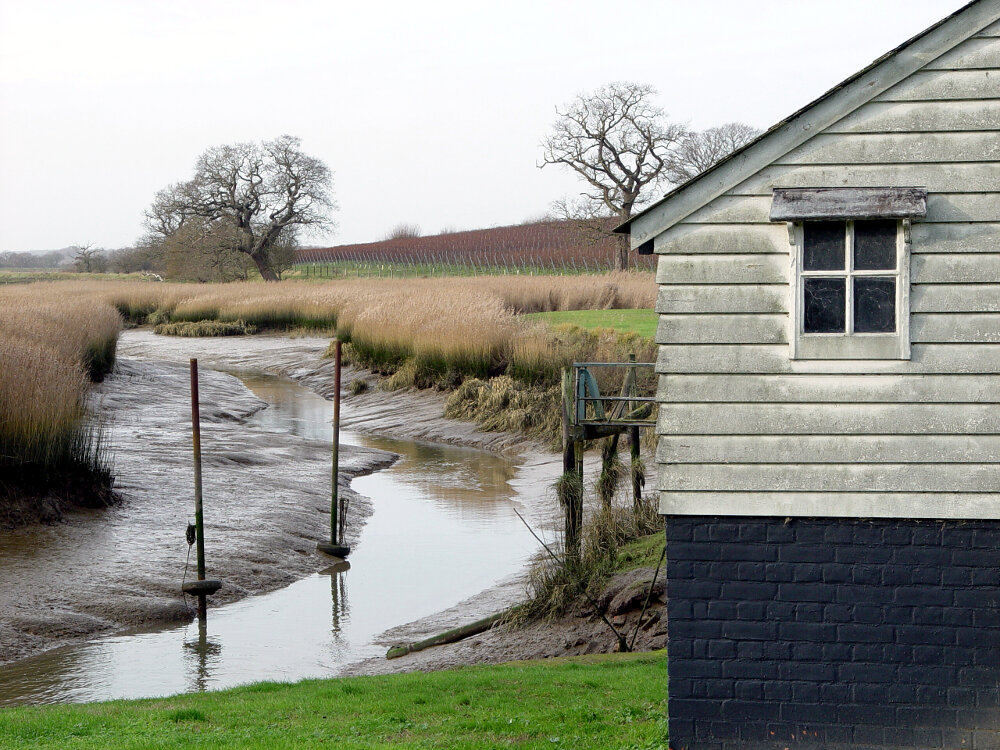 We pressed on towards Thorrington. The path turned to peak Glasto like conditions. The wellies underfoot were a wise choice. 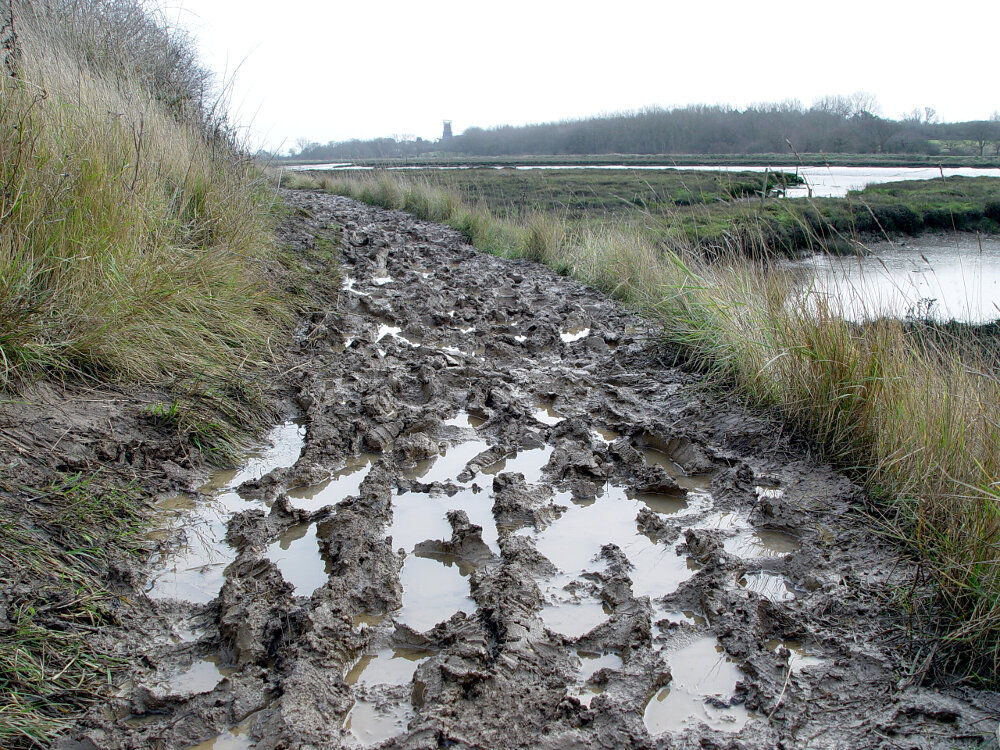 Brightlingsea Church on the top of the hill was soon reached. It was time to refuel on some of the Grasmere Gingerbread sent down by A’s brother before the Christmas break.

We were then left with a dilemma. We wanted to carry on walking cross-country down to Brightlingsea front, but we doubted the reliability of the Sunday bus service. Being stuck in Brightlingsea at 4pm with no light is no place to be on New Year’s Day.

And so we turned around and followed pretty much the same route back. A detour was taken around the gravel pits, leading us back down to the estuary.

The wind had died down. Plans were back on track for the wiff waff New Year’s Day Cup to be contested. The Table of Dreams looked like it had staged its own party overnight. At least the little shits hadn’t attempted to burn it down again. 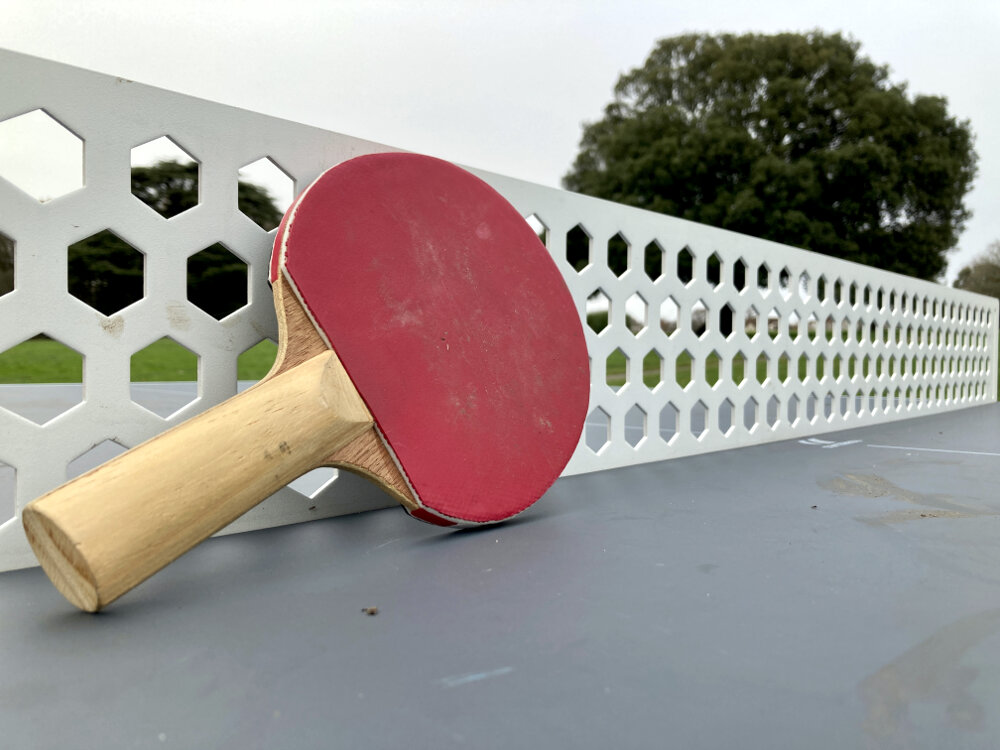 There was a slight wind assistance to the game. I can judge this better than A when I’m serving. I still couldn’t find a response to her return of serve. She lifted the New Year’s Day Cup with a 4-2 win. There isn’t a New Year’s Day Cup, btw.

We were back at base to catch the second half of the lolspurs match, and then I settled down to watch Forest from The World Famous City Ground.

I feared for us when we went 1-0 down. But this is a team that won’t lie down. I still think we’ll avoid relegation, but only on the last day of the season.

Darts was a fine way to end New Year’s Day.

“They talked about ‘Vauxhall Village’ and I queried where that was supposed to be. They as good as said they were creating it, as some kind of community environment. I’m still looking for it.”

Jane’s London does the Transpontine thing.

How much distance do you need to ride to match an elite cyclist? Strava end-of-year stats compared | road.cc