The first task on Wednesday morning was the Forest catch up and fall out from the night before. A 3-0 defeat away at Old Trafford isn’t the end of the world. I watched the match last night in a BOOZE haze, with also one eye on the darts on the telly.

A quick read of the Forest Twitter world, and then The Athletic and yep, the same conclusion seems to have been reached by the more rational Forest fans: not a great night of football, but there’s no time to dwell upon this. We’ve got Chelsea at home this weekend. The PL is BRUTAL.

Album of the Day: Nina Simone – Wild is the Wind

I’m beginning to understand that Nina is the greatest ever female artist. Wine, sex and social issues all blend effortlessly together throughout this album – sometimes at the same time. The Wild is the Wind title track is overblown and bonkers. WHAT A WOMAN! This would be a six star album, if six were available. It’s without a doubt the best record so far in almost a year of listening to an album a day on the 1001 generator site. I broke my usual £3 maximum online rule and picked up a CD for £6. Outstanding.

Top work from Dave Winer. I noticed that he added overnight a search function to FeedLand. The product is growing in ways that it looks like he wasn’t anticipating. That’s always the case with the modern interweb. You build something, and then the users take it in a different direction.

FeedLand is now my default RSS reader. I’m excited to see where Dave takes it next. He’s evangelical about Mastodon as Twitter dies a painful death. The ability to use FeedLand as a reading and writing tool is pretty cool.

I listened a little to Gilles Peterson from Christmas Eve. He sounded unusually downbeat. There was still some quality music across the three hours: Run Logan Run, Shabaka Huchings and Tom Skinner. What an ACE year it’s been for new music.

The bloody Estuary Wilds weather wasn’t going to improve at any time today. I was itching for some exercise. I put on my ridiculous Ron Hill tracksters and the Lidl cheapo running jacket. I set off around the 8km University route.

Two minutes in and a fully blown FUCK OFF tank passed me down the Weird Wiv High Street. wtf? The viewing hatch had a female standing high aloft, much in the same manner as Thatcher in that iconic Iron Lady photo. Like I said: what the actual fuck? Funny old town.

Most of the run was spent dodging puddles. It became a little clearer around the back of the University. The pavement still has the Covid shit arrows markings. It seemed like a distant world away when we were all avoiding each other. I rather miss those lack of social interaction days.

Turkey soup was taken for lunch. We threw all the shit left over from the past few days and boiled it up. We watched a little of the Novara laugh-a-minute end of year catch up as we filled our faces. They’re a decent bunch that are at least offering an alternative to the mainstream shit.

The plan was to have a To Listen pile, and then integrate these into my old A-Z arrangement when it was time to move on. This worked out fine when the To Listen was 10 or so CD’s. It’s now closer to 400. 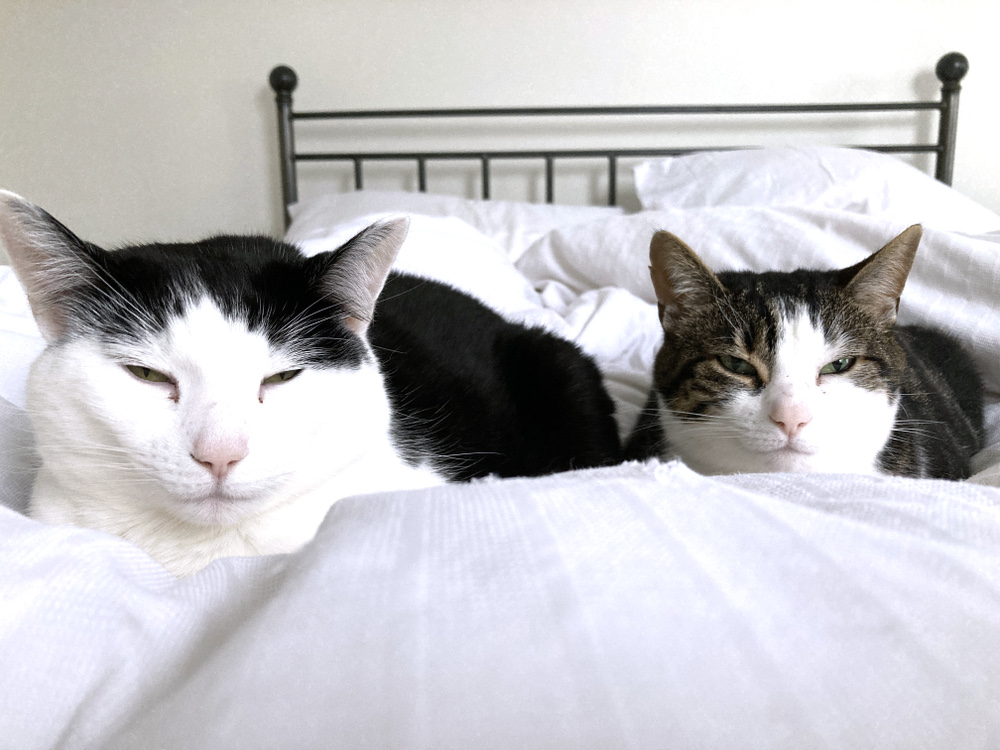 The cats slept together for most of the day. They really are delightful when they are like this. We noticed a couple of squirrels running along the wisteria whilst the cats were out for the count. I’m not sure Dotty would be any match for them. We also noticed some bird shit on the windows that I cleaned last week.

I battled with A late afternoon for control of the music. She wanted Carl Orff; I was more a Jesus and Mary Chain man. BUGGER ORFF, etc. The Mary Chain track with Hope Sandoval of Mazzy Star remains a stunner.

Neil Young and Crazy Horse’s Sleeps with Angles came up next. I flirted with this a little at the time on the back of grunge. But it didn’t give me the buzzing off yer tits party vibe that you need as a 24 year-old. Over time and Neil Young has really grown upon me. He has a beautiful voice.

We dipped in and out of the darts, plus the DIRTY DIRTY Leeds match on the telly to end Wednsday.

Places That Closed Down In London 2022