Blue skies for the Boxing Day run. It was bloody glorious out around the Estuary Wilds just after sunrise. The stretch back up towards Boundary Road had the sun on my face. That’s one way to get ride of a bottle of red hangover from the night before.

I wasn’t alone with the Boxing Day exercise. I passed a female runner carrying what looked like a full military rucksack on her back. GOOD EFFORT, Madam. I was pleased with my own pace. I was three minutes faster than a couple of days ago. I’m back to my pre-tattoo fitness timings. 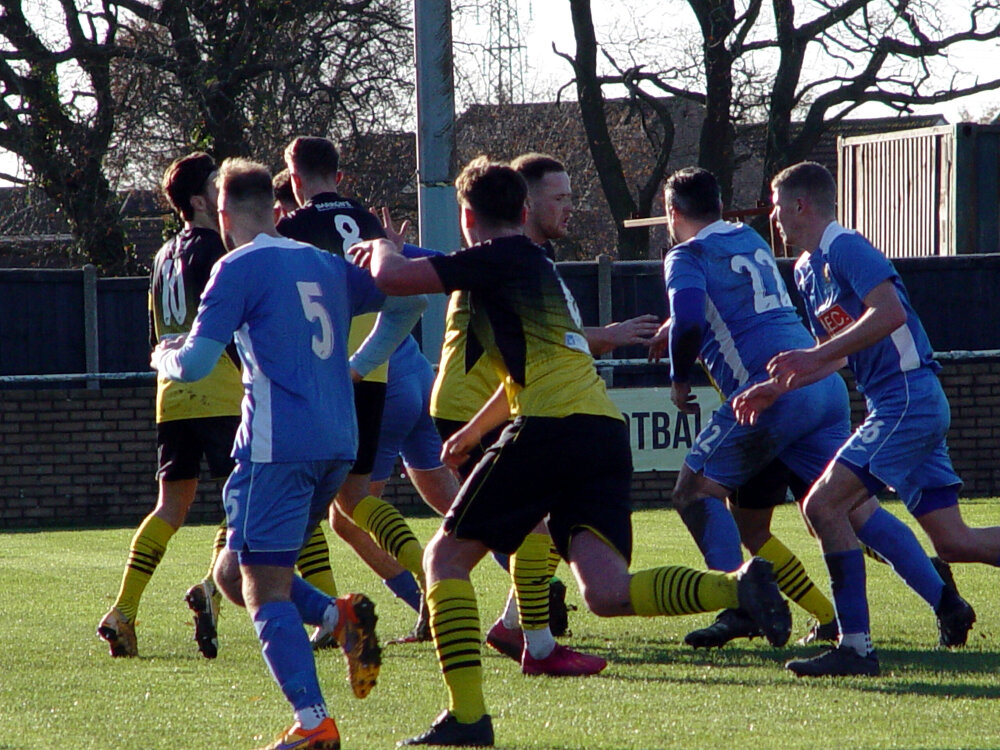 Out went the shout of: To Broad Lane! …mid-morning. Wivenhoe Town had a Boxing Day 11am KO in a local derby against Stanway Pegasus. There was a bumper crowd. The car park was full by the time we rocked up on the bicycles. Three goals had also been scored by the time we rocked up. We were nine minutes late and the Dragons were already 3-0 down.

I went about my photo duties. I’m on familiar ground here. Much like The Oval, I know the place inside out. There’s the danger that you get complacent as you know where to position yourself for the best shots under the changing conditions. But it also makes for a smooth snapping experience. 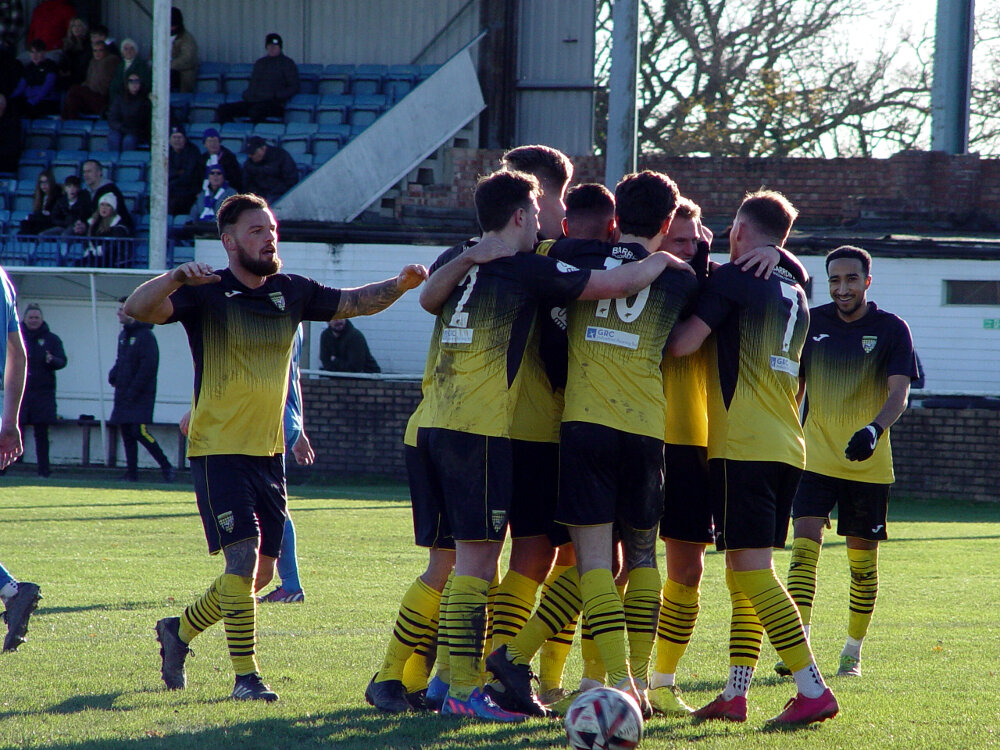 Wivenhoe fought back – and all within the first 45 minutes as well. A howler from the away ‘keeper led to a 4-2 HT score. It wasn’t so much a save as rolling the ball into the back of his own net. Well played, fella. 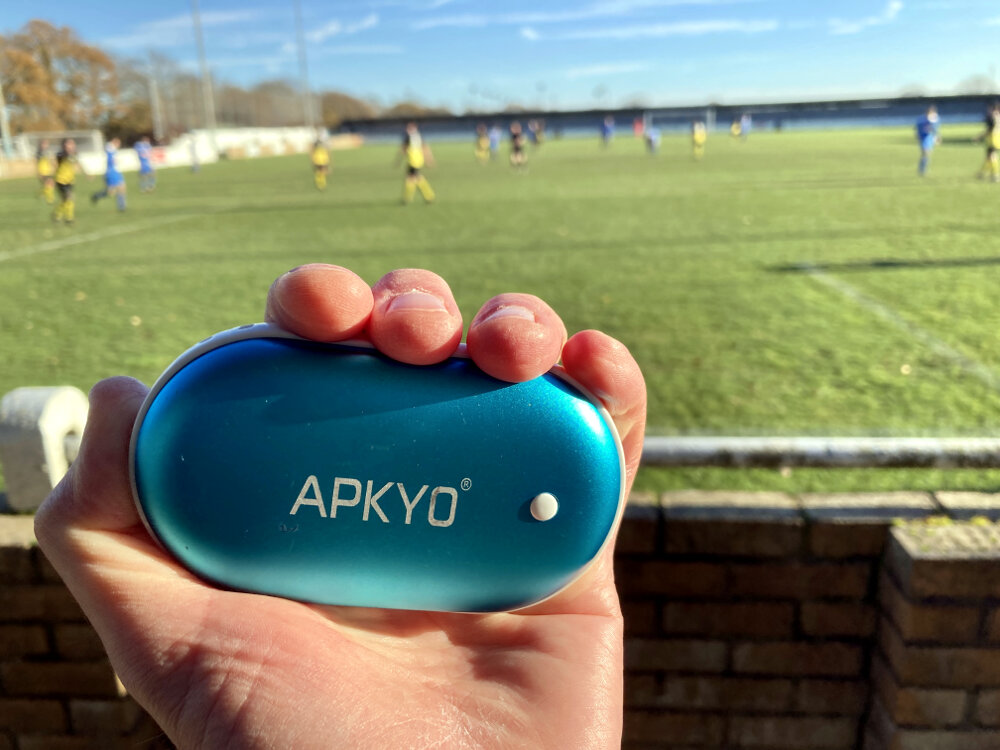 A and I shared an AirPod piece each and caught up with some podcast action. We were probably unique in being the only people in the ground listening to a Graun Politics podcast whilst watching two NE Essex teams kick the shit out of each other. The USB hand warmer also helped. 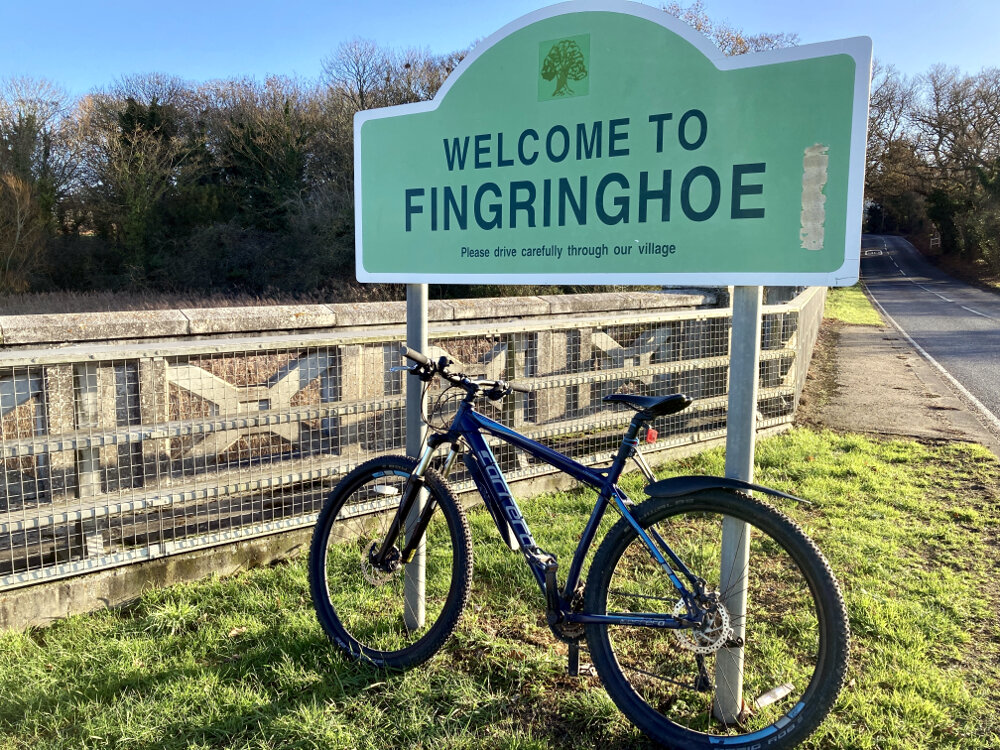 We cycled straight from Broad Lane over to Fingringhoe. Snigger, snigger etc. There was an exceptionally high water down at the Hythe. The boats looked like they were in danger of tipping over to the quayside.

It was incredibly peaceful in the late afternoon sun as we cycled around the quarries on the approach to Fingringhoe Nature Reserve. When we first made this journey a decade ago, gravel and shit were still be dug up. The area has now been restored and filled in with lakes. 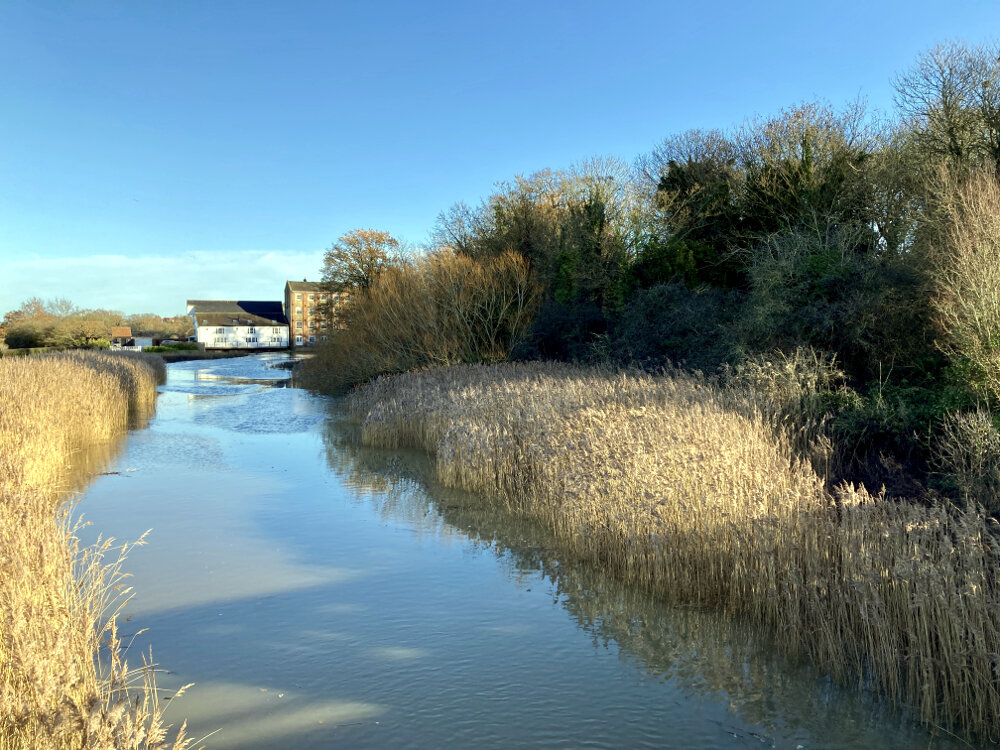 The Nature Reserve itself was closed. Oh. We should have checked the modern interweb beforehand. It didn’t distract from what had been a beautiful bicycle ride. We stopped for moment to munch on some homemade mince pies before cycling back to base.

A was rather aggressive climbing the hills on the run in to Rowhedge. I really couldn’t be arsed. I let her live our her pro Tour cycling fantasies.

I did think of stopping off at the spa. I didn’t have my trunks with me and so it would have been an underpants experience. You can just about get away with this. But then I’d have to complete the journey with either wet Y-fronts or in commando mode. We kept on cycling. 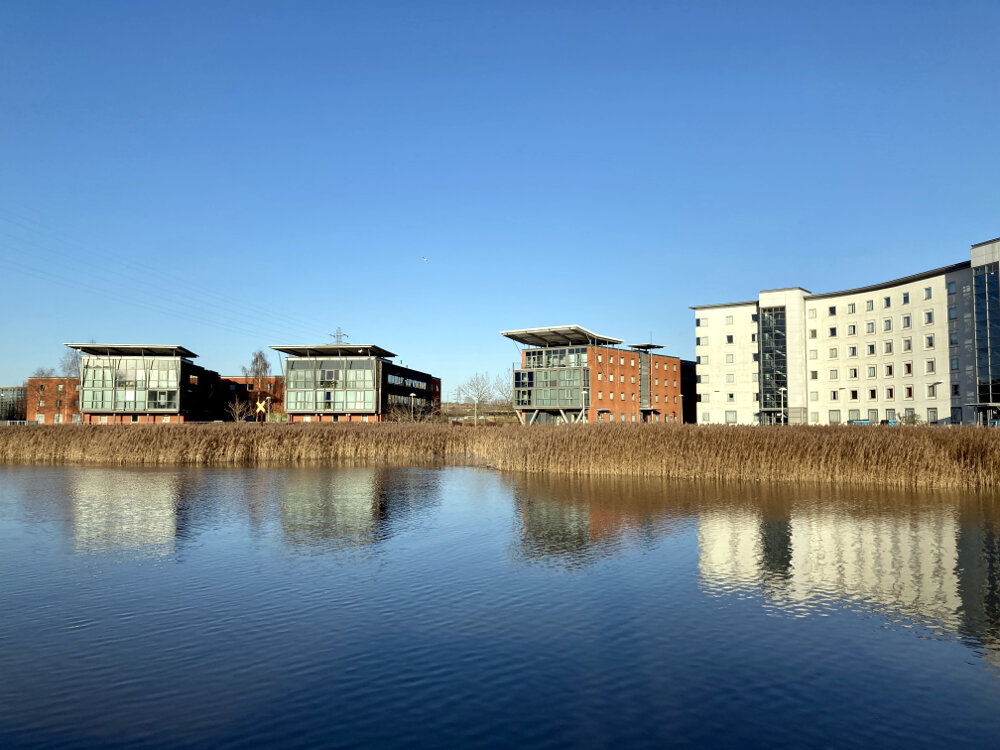 Crossing at the Colne Causeway was shitty. There was bloody glass everywhere. 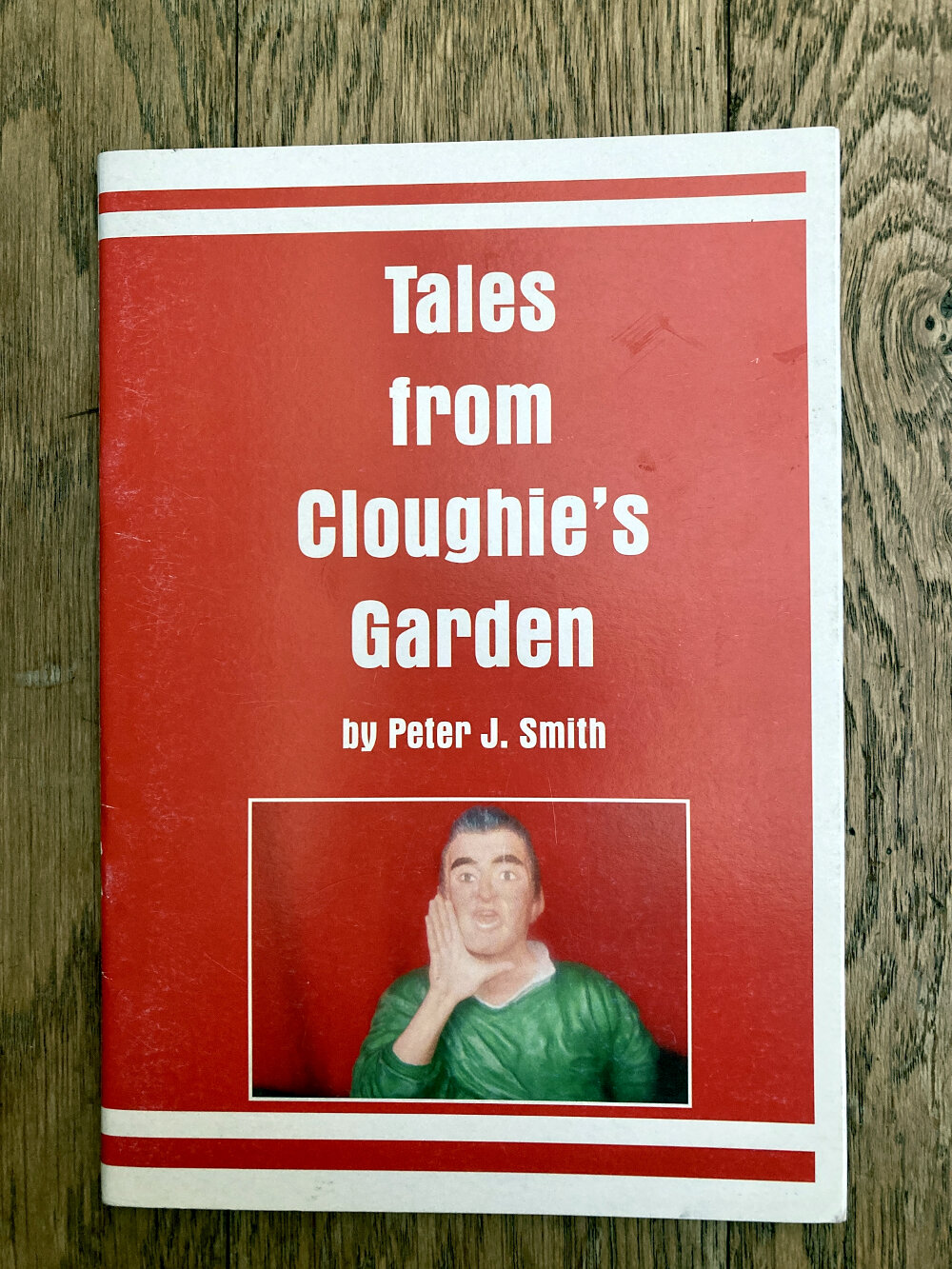 I finally got round to opening my Christmas presents late afternoon. I’m a BIG fan of Forest niche publishing. Those around me know this as well. Ta.

Christmas Day leftovers were thrown together for the evening meal. We actually had more on our plates than 24 hours earlier.