Christmas Day morning. The perfect soundtrack was the Late Junction Christmas edition. Tom Allen had a takeover, along with the Sun Ra Arkestra mixtape. We were promised ‘A seasonal extravaganza of the human voice.’ Deck the Halls this most certainly wasn’t.

We cycled off into Sunny Colch for Castle ParkRun. The roads were gloriously traffic free. Imagine what the town / city could be like with a little imagination, with a little touch of the daring from those responsible for the daily gridlock.

The fella at the top of the town who has a flag for every occasion had raised his Anarchy flag. Only joking. It was a seasonal Merry Christmas instead.

I counted five runners doing the early morning Christmas thing during the ride. The days of being a lone Christmas morning running WEIRDO have long since gone. 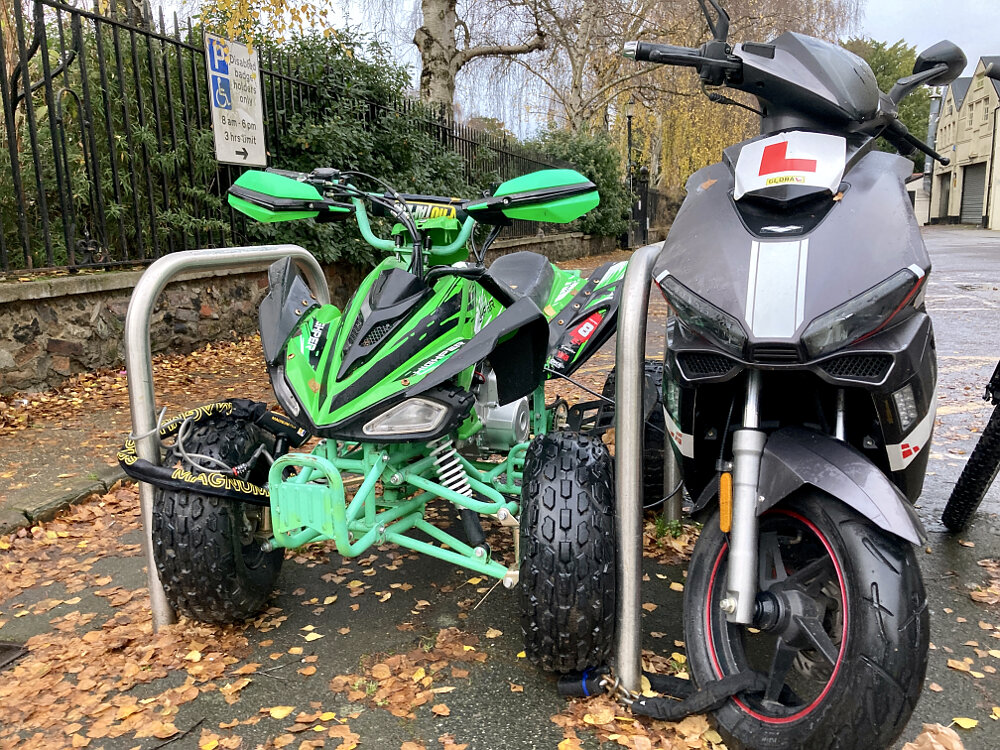 I’ve never arrived so early for ParkRun. I was outside the bicycle racks by 8:40am. The arse from yesterday who padlocked a quad bike thing to the Sheffield stands hadn’t shifted. He was taking up three bicycle space. Happy Christmas to you as well, fella. 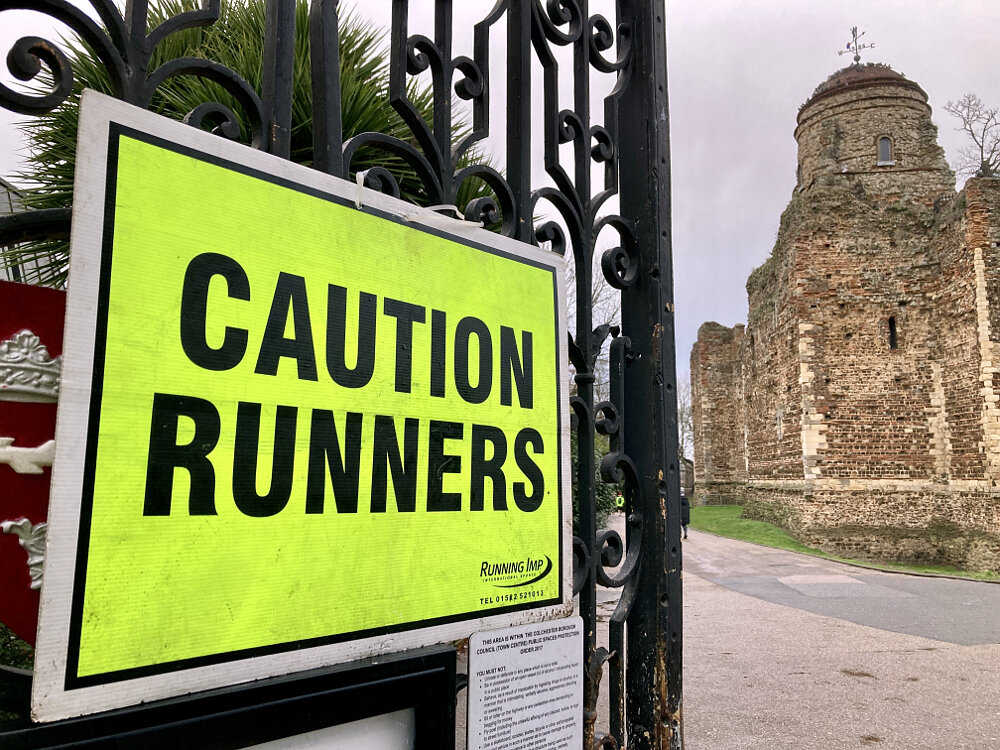 I was surprised to see more ParkRunners than 24 hours earlier. Christmas Eve had a head count of 276. Come Christmas Day morning and this number had jumped to 301. 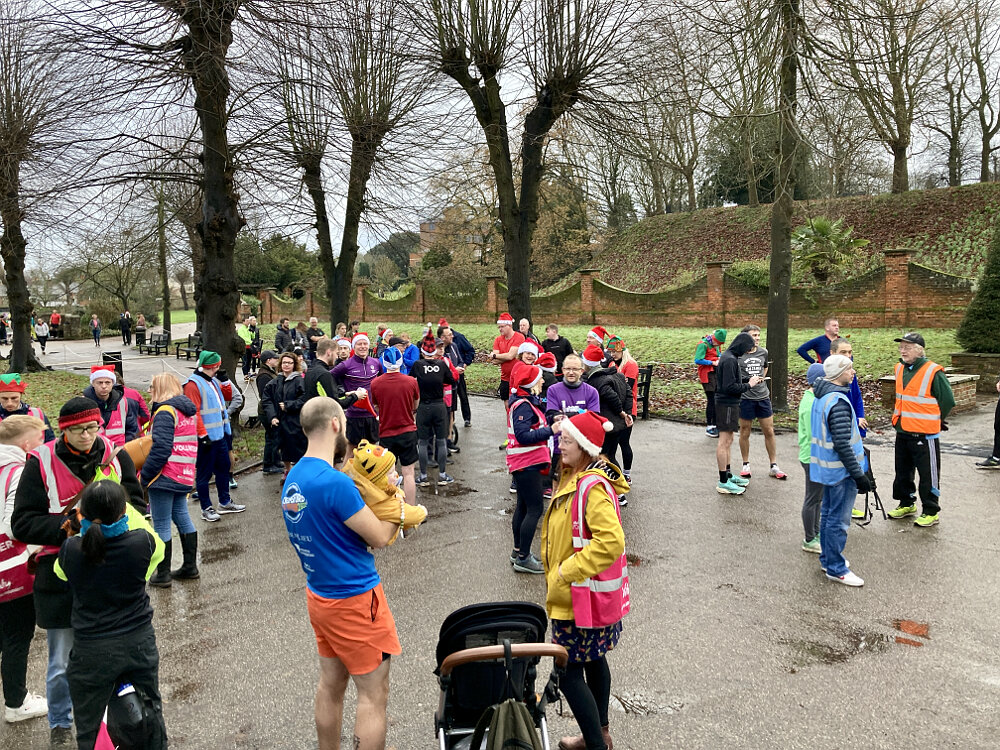 I was feeling fit and fresh as I set out with the main pack. I flagged for the final 2km or so. Some bloke in full on Santa costume breezed past me. I was convinced he was wearing comedy Santa boots, such was the sound that was made as he passed. But nope, he was just very flat-footed whilst running.

Some arse tried to take me on the line. Easy, Tiger. It’s Christmas Day, ffs. It wasn’t so much the cheek, but the blatant FUCK YOU as he chased me down. I was in full sprint. He started shouting from behind to try and intimidate me. That didn’t work, did it?

I had the exact same time as yesterday. I passed on the very kind offer of Christmas chocolate as I tried not to puke my guts up at the back of the bandstand. 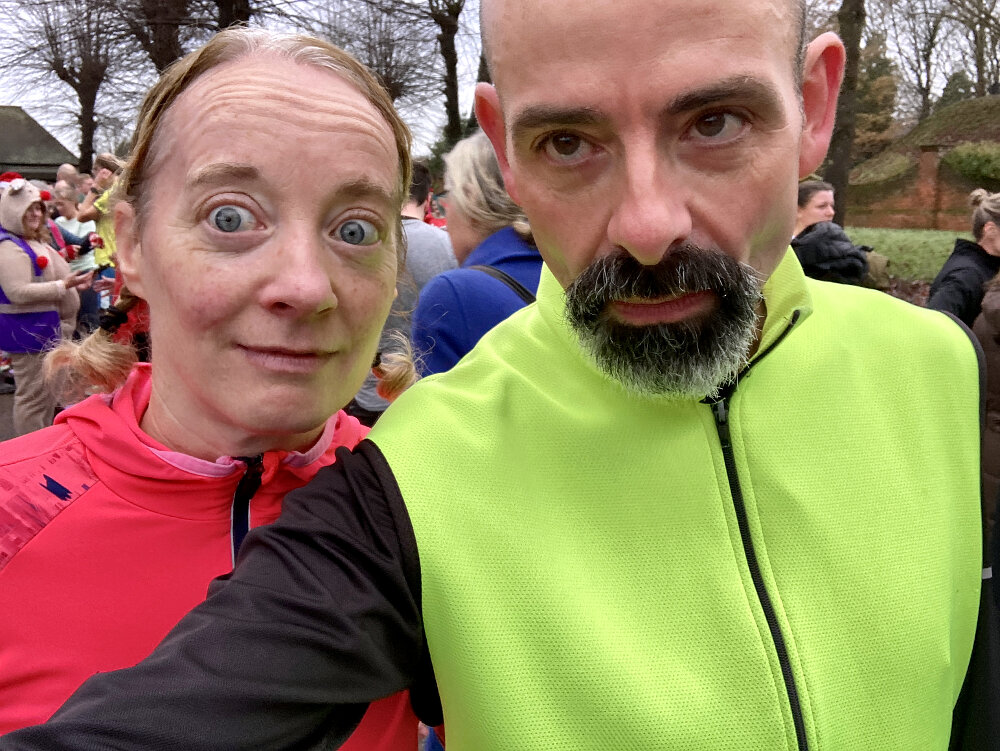 Back at base and I fired up the soundtrack for Charlie Brown’s Christmas – surely the greatest Christmas morning album of all time? Nick Lowe’s Quality Street comes a close second. 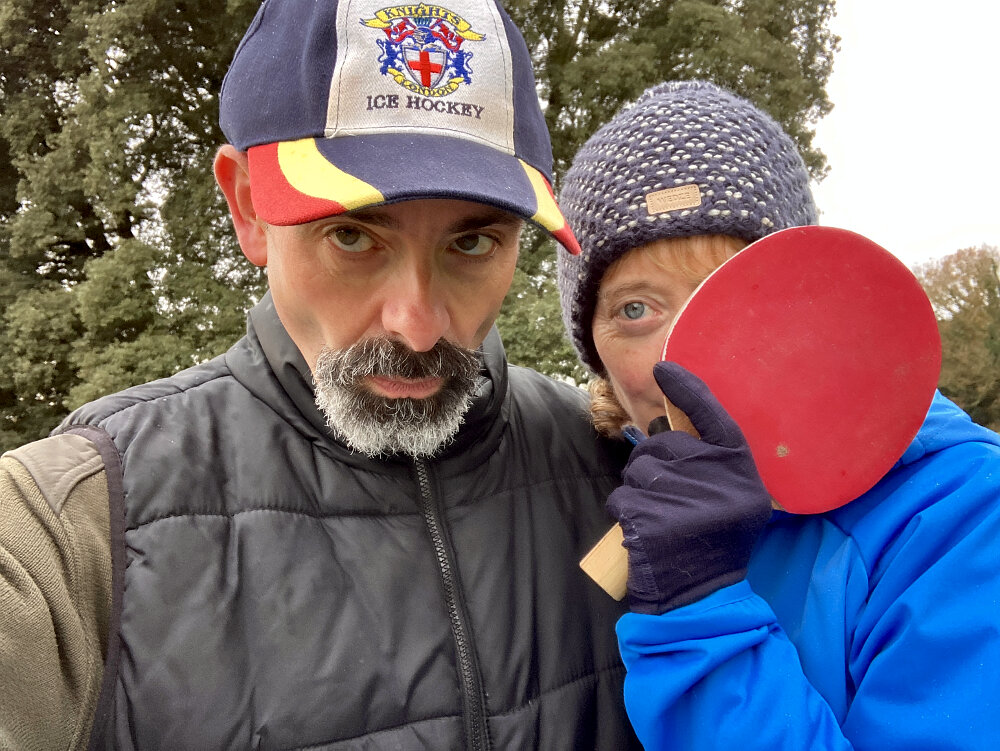 Out went the shout of: To The Table of Dreams! I had a score to settle after losing badly in the Christmas Cup yesterday. We thought we’d be alone enjoying Christmas Day sport out on the pubic field. But nope. It was great t see a game of semi-organised football taking place. I had my revenge with a 4-3 victory.

The afternoon was lost on cooking duties. There was a cranberry sauce incident that came close to ruining the meal. Cleaning up a smashed jar of cranberry sauce from the kitchen floor is quite a task. 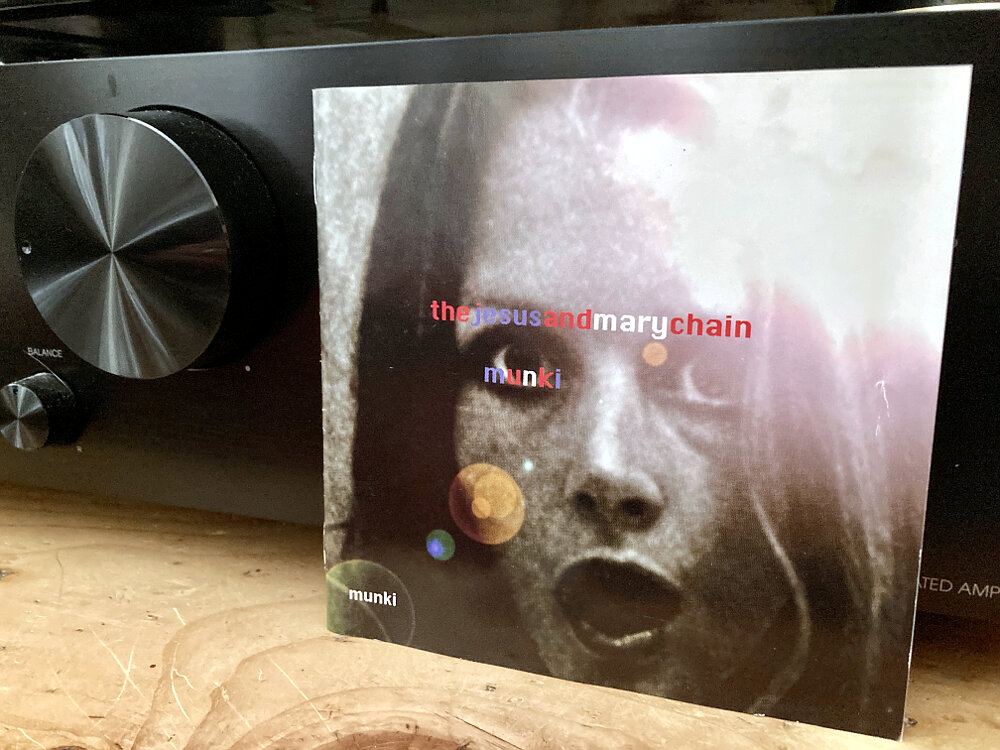 The cooking was like being back in the food tech space in the day job. I had detailed step by step instructions to follow and tick off as I progressed. The oven wasn’t quite big enough. It involved some creativity with the suggested timings. I think I got away with it. 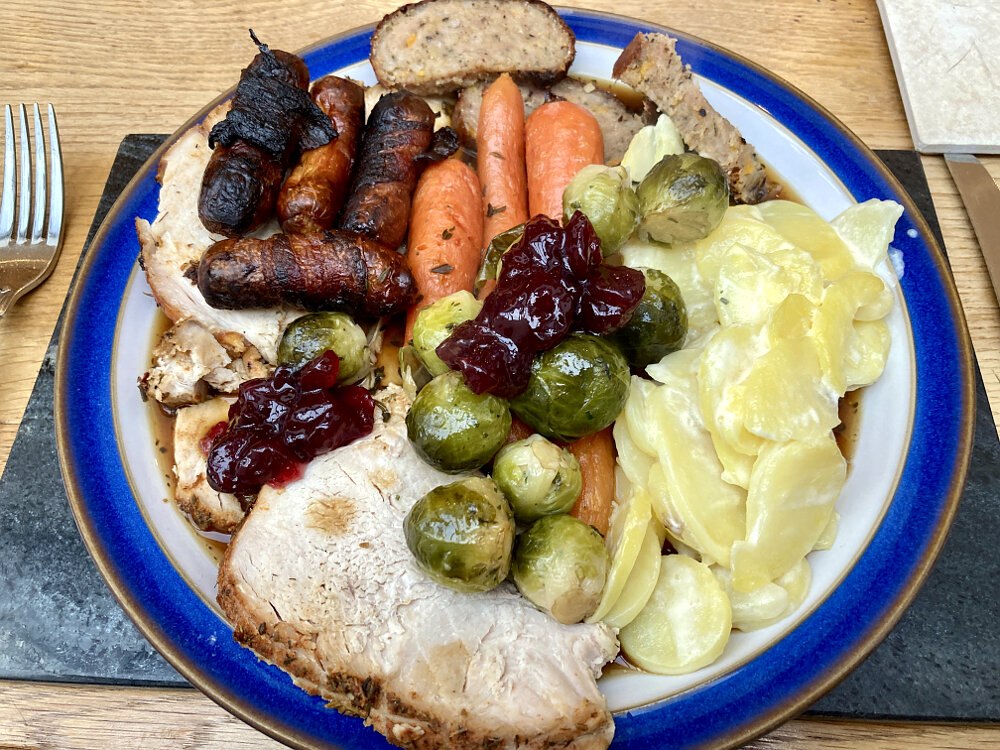 Then came the presents. Or make that singular. All I want for Christmas is the David Marples Reds and Rams book. I’m easily pleased. 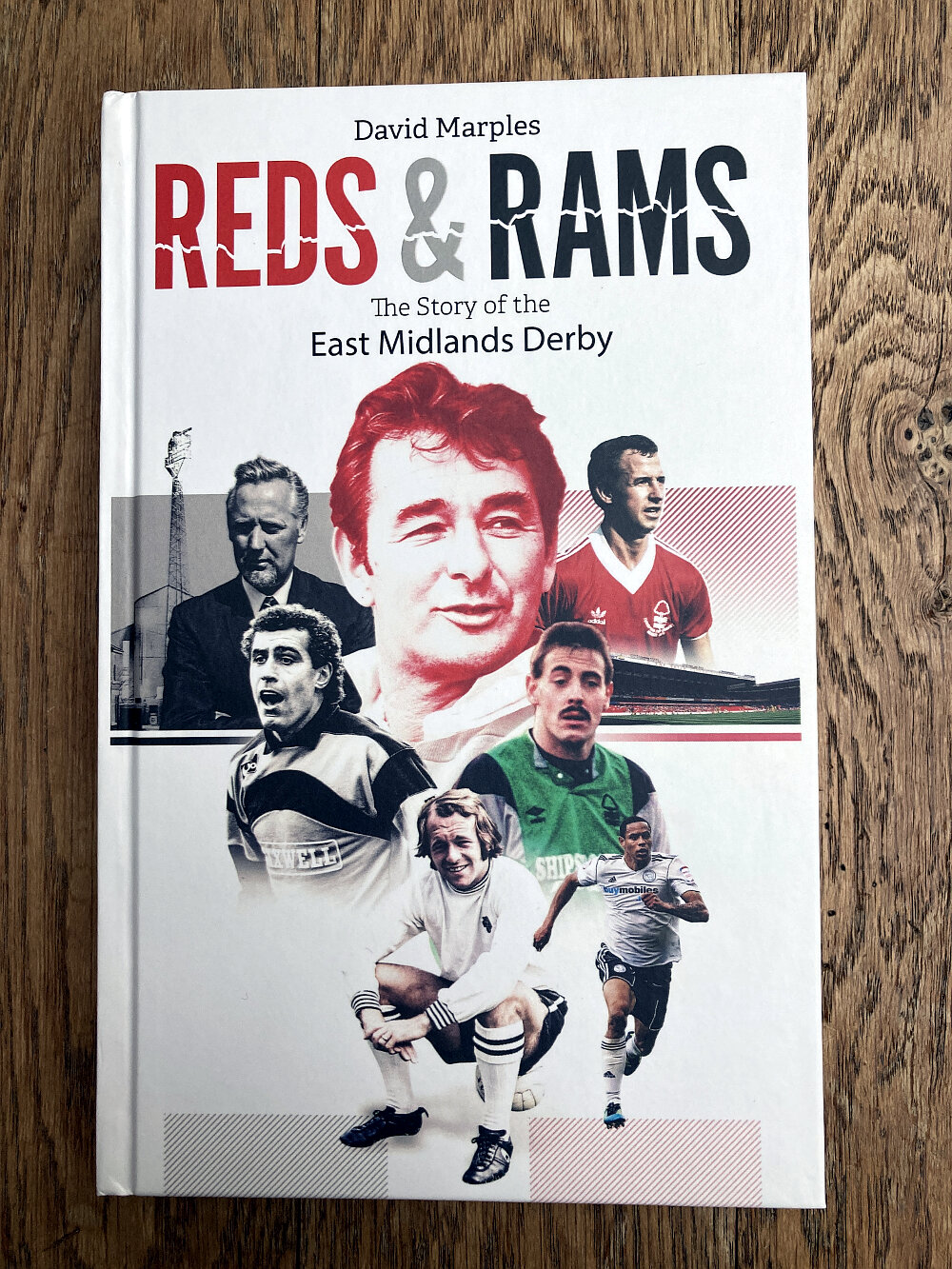 I love the back of the book description:

“In essence, they are like two teenage siblings bickering about anything and everything. The only thing they have ever agreed on is the genius of Brian Clough.”

Christmas Day was then lost on Netflix and BOOZE.