Album of the Day: Brian Eno – Another Green World

Fripp, John Cale, erm Phil Collins. Fripp’s guitar contribution makes the album. You can hear how Bowie wanted him to do the work on Heroes. I like the idea of how Eno was working against pop music at this time. Especially given his Roxy background. This sounds like a bridge to punk in ethos, but most definitely not in substance. He’s not the greatest songwriter, but he knows how to put a song together.

The Postman Delivers: JJ’s Night and Day. I’ve always loved this album. It was a Radio Trent classic back in the day. Every song, every show, wall to wall rotation. Radio was a lot better before the bots took over. 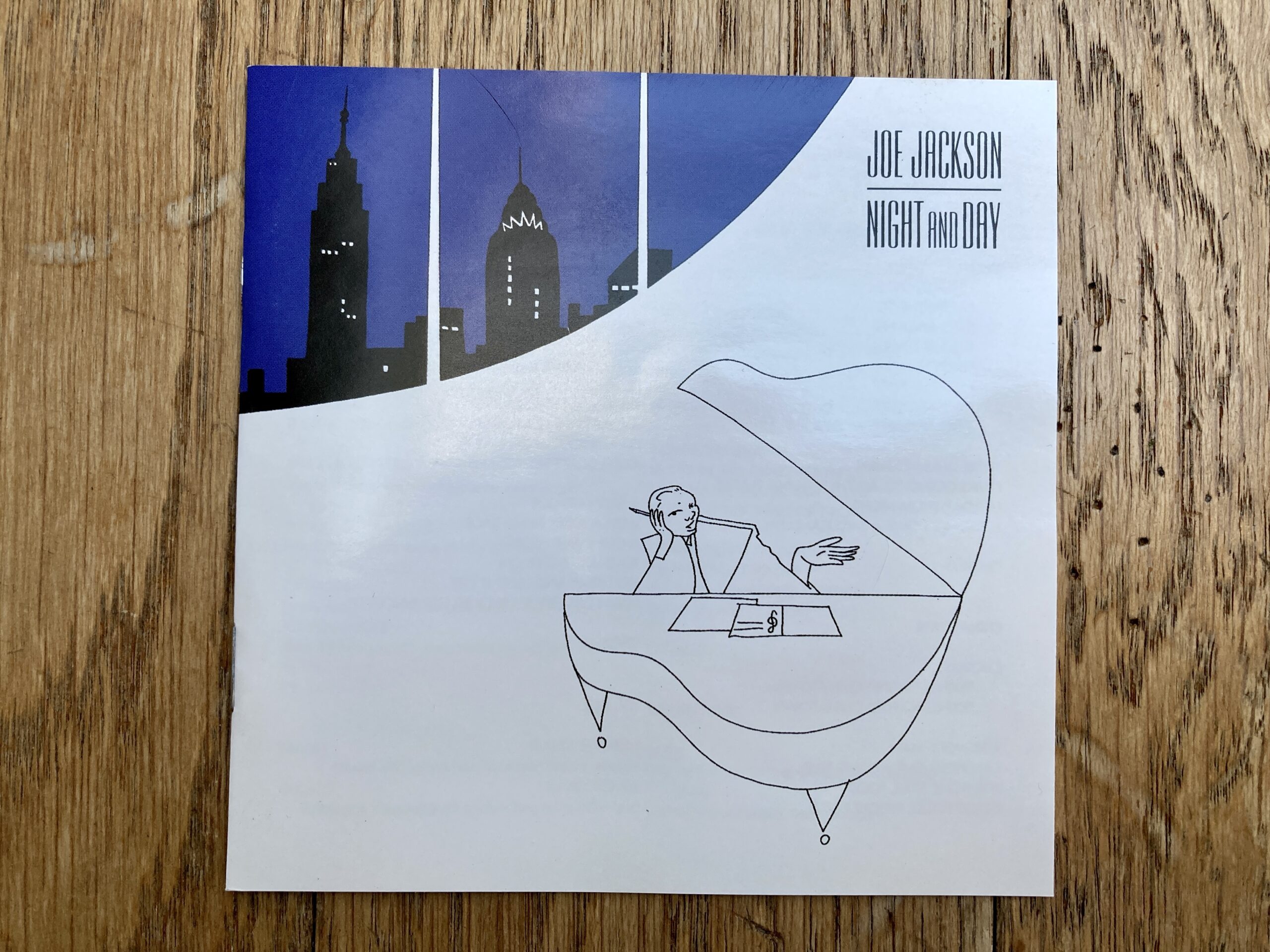 Night and Day is the sound of the city; it’s the sound of NY. It makes little sense listening to it stuck out in the bloody Estuary Wilds. But I can dream. Oh, got it on vinyl as well, natch.

The Postman Also Delivers: a KLF Comms sweatshirt. That will confuse the fuck out of anyone under 40. We also received our first Christmas cards. It’s genuinely nice to receive them, but we don’t give a shit about Christmas and the next few weeks ahead.

I had some time mid-morning for a roll out on the Raleigh electric. The preparation beforehand took almost as long as the ride itself. I decided on the Ron Hill tracksters as an under layer, and then a pair of Tudor sports cycling trousers over the top. FIVE body laters were worn.

I noticed that my butt was frozen as I headed down the garden to get the Raleigh out. Same joke, same lols, Jase.

Soon I was out along the Estuary Wilds lanes. It was a case of shoulders back, keep on riding towards the NE Essex sun, as DRT might say back in Sunny Stockwell. I have to admit that it was chuffing GLORIOUS. The morning frost had yet to lift.

There were Christmas card scenes around every turn. I saw only one full on Winter Wonderland lit up house around the whole 30km route. In previous years you’re seen as a weirdo around here unless your house is lit up with half the National Grid. Cost of living shit, innit.

The chain on my Raleigh electric seems to have bedded in. There’s only a minor, minor grating sound when I hit the top gear. I can live with that. 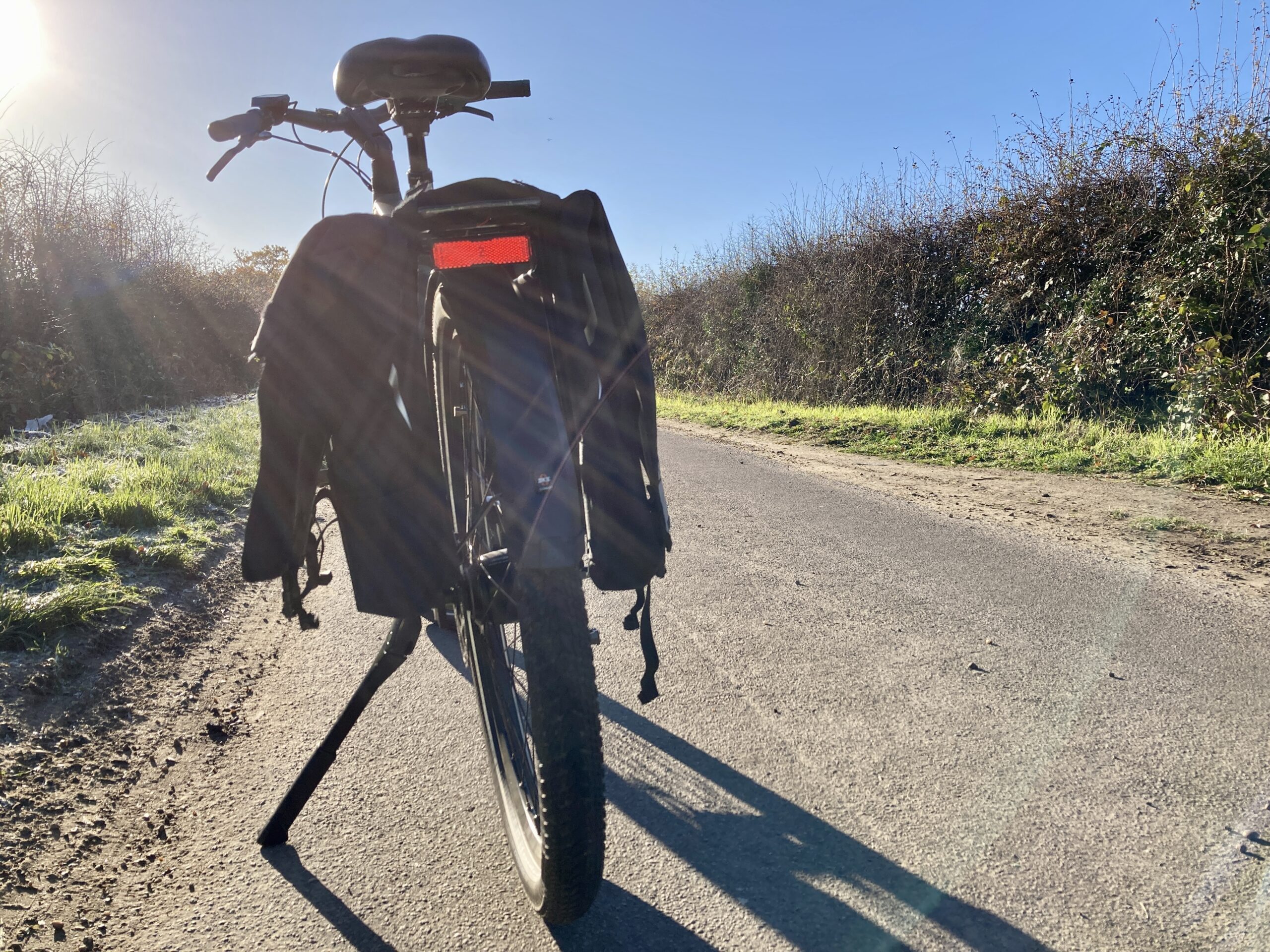 Some of the views were quite stunning. I had a view looking down on high water across the estuary. There was a lone yacht illuminated in full sunshine on the horizon. A bird of prey swooped in a nearby field. It was a bit of a moment.

Further into the route and there was some late, late harvesting activity taking place. I think it was swedes? I’ve no idea when swedes are harvested. They still taste like shit.

I approached the final roll in. The lane looked particularly frosty. Blimey, I thought. This might even be a layer of snow. It was white paint. Some f-er had emptied a few tins along the stretch.

A geezer in a white van passed and gave me the thumbs up. I haven’t a clue who it was. It might have been Fuck Face? Whatever. I thought it rude not to give him a thumbs aloft in return.

Heading back towards WeirdWiv and I passed another electric rider. She looked pretty stylish gliding along on an electric Brompton. 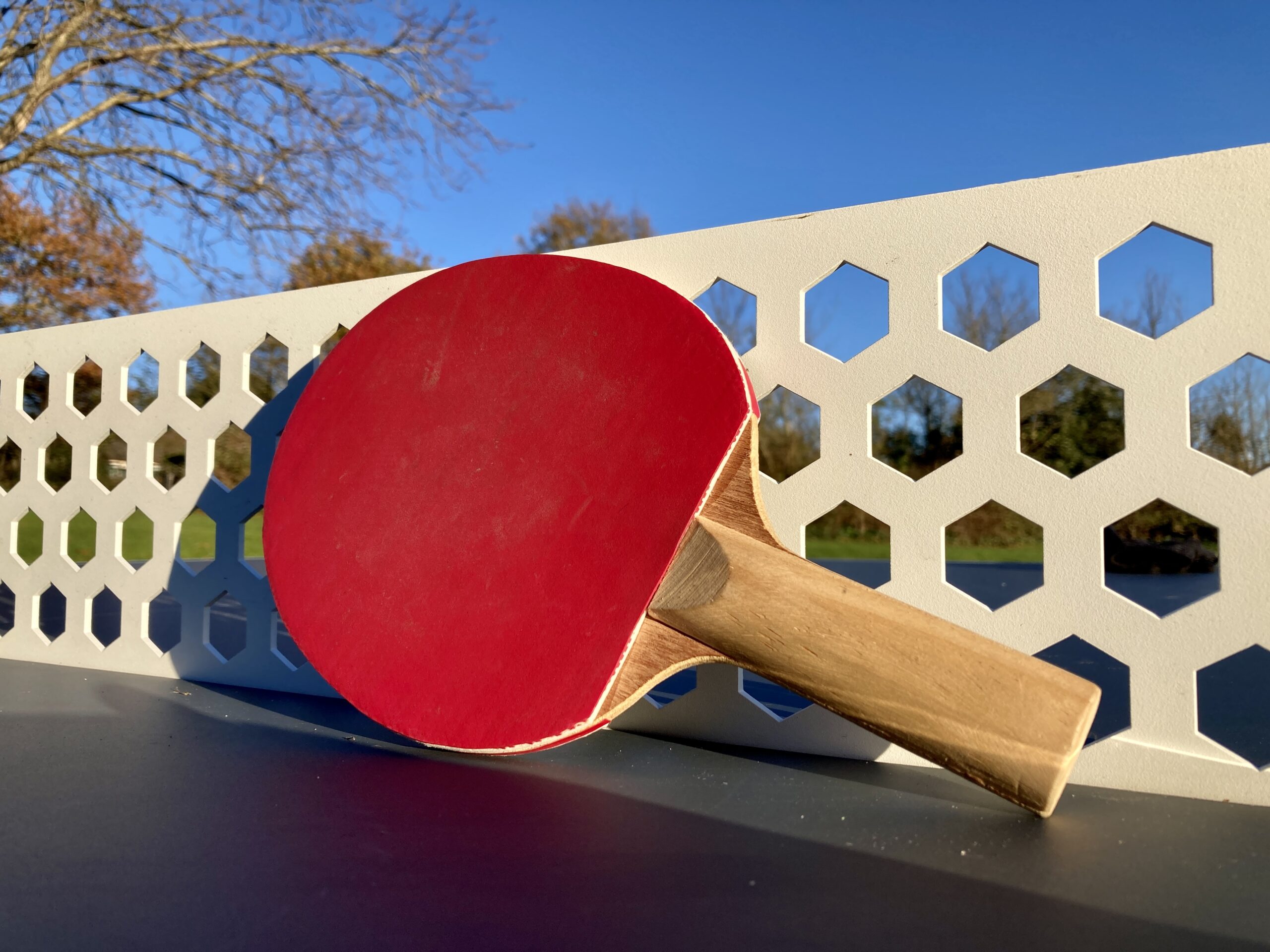 We managed to fit in a late afternoon game of wiff waff at the Table of Dreams. It was so bloody cold that we struggled to even throw the ball to decide on serves. It was a tight game. I walked away winning 4-3.

I bumped into H from Colne Radio. We had a decent catch up. The recent training sessions appear to have gone incredibly well. My role was as the modern interweb recruiting officer. It’s a nice little set up and even looks like a sustainable [urgh] model.

The afternoon song selection covered Japan and The Jesus and Mary Chain. Yep, I’m at the J’s as I work through my To Listen list. Both were splendid. Japan elegant, JMC f-ed up noise.

I set my mind on trying to unravel the clusterfuck of my travel arrangements for next week. These involve heading back to Sunny Stockwell, then a Nottingham road trip, a little more time in SW8, and then buggering off back to the bloody Estuary Wilds. All with four days of train strikes sandwiched around both trips.

The tickets were booked before that nice Mick Lynch went about his business. You don’t think I pay for walk up ticket prices, right? Travelling the day before isn’t an option; the day before is a bloody strike day as sell.

I hit upon the idea of booking a new ticket on a non strike day, and then getting a refund on the original. It’s a half decent plan. What wasn’t so good was my fudge fingers booking the new ticket travelling in the wrong direction down the line.

We’re only talking £8 here. But I’ve invested too much emotional effort into this already to let it go. After half an hour on the phone, I managed to get a refund and a booking travelling for where I need to be.

The tight arse action continued. I was alerted to the ToGoodToGo app. Within minutes I had blagged a £3.20 bag from the Coop, all set for collection in a few minutes. It was hit and miss. It reminded me of buying a sealed brown paper bag full of random singles from record shops back in the day.

The Coop served up a chicken ready meal, some vine tomatoes, a poncey bread roll, an even pouncier mince pie, some salsa and some over-priced pineapple juice. It’s worth £3.20, but I wouldn’t have selected thes by choice.

Thursday ended with me firmly UNSUBSCRIBING from the Battersea Power Station email list. It started off as a decent update on the regeneration plans and ‘public realm’ nonsense. It’s now an email to flog upmarket perfume

Apologies, I ADORE this album. Actually, no apologies. I didn’t actually own a copy until last year. Back in ’87 and early ’88 and it was everywhere in my world. You couldn’t escape it. Not that I wanted to. The songwriting and production is perfect pop for me. Yes, Georgie is trying to grow up. He lays down a marker for this on tracks like Kissing a Fool and Father Figure. But the fun is still there on I Want Your Sex. Ewww. This actually seemed radical at the time. He’s a great artist, and this is his peak. Spin on that, MUTHAS.