Album of the Day: Funkadelic – One Nation Under A Groove

Any album that open with the masterpiece One Nation gets an extra star as the starting point. But where to go from there? You can’t keep up the quality for an entire album, and it shows here. Who Says a Funk Band Can’t Play Rock picks up the pace slightly. They are SPELLING OUT the message of the album, in case it had passed you by. It gets a little self indulgent with the ice cream thing and strays into South Park territory. There was a little too much going off here to enjoy the album as a whole. Bonkers, spirited.

The cricket fixtures dropped for the new season ahead. Oh the excitement! I’ve not had the chance yet to go through them with some future summer planning. It should be a little easier this year. I’ve scaled down to Championship Membership, rather than County. The Blast and the silly Hundred can do one.

Retrofitting council homes, decarbonising schools and some form of ‘road charing to suppress the demand for car trips’ will all be discussed when the Lambeth Overview and Scrutiny Committee meets at the Town Hall on 6th December.

Lunchtime meant another swim. I was surprised as to how damp the roads were as I cycled off to the pool. It looked like there had been quite a downpour overnight. I slept right through.

I went head to head with a swimming buddy for 40 lengths. We’re kindled souls, both in and out of the pool. We both understand that swimming for us should be undertaken with as little communication as possible. It’s all about your own personal space.

We’re also both of a similar ability. He smiled at me as we both entered adjacent lanes at the same time. I knew what that meant. Let’s chase each other down, but in a friendly way. I was up for the challenge and welcomed a pacemaker.

He pushed ahead for the first ten; I then found my rhythm and we were even for another twenty lengths. I had the energy from the morning porridge to ease half a length ahead for the final ten lengths. He have me another smile at the end. We both showered and changed in silence.

There was similar solitude on the bicycle ride back to base. My ears were still clogged up with water. Not wanting to make light of those with hearing issues, but for me is what bliss. The sound of the traffic was silenced out.

I passed a Good Owd Essex Boy in the village riding a tricycle. Chapeau! It looked like he had found his own cycling solitude for the morning as well.

Podcast listening for the afternoon was focussed around Jason Lee. The ex-Forest player has been doing the rounds after finally meeting up with David Baddiel. Both have TV shows / podcasts to promote. Lee was the guest on the BBC Shut Up and Show More Football Forest podcast.

He’s a fascinating and thoughtful character. The dignity in which he addresses the racism he suffered on Fantasy Football was impressive. So much so that I then downloaded his own podcast, a sixty minute conversation with Baddiel. It’s one of the most articulate conversations I’ve heard around football and race.

I had some fun with a spam caller. In recent years I’ve stopped answering my phone from any unrecognised number. But I was in a playful mood.

Mr Spam wanted to offer me 40% discount on my current phone deal. He asked me what my current network is. I replied that I didn’t know. He then demanded that I tell him what phone model I was using. I answered Nokia. Mr Spam hung up. SEE YA! 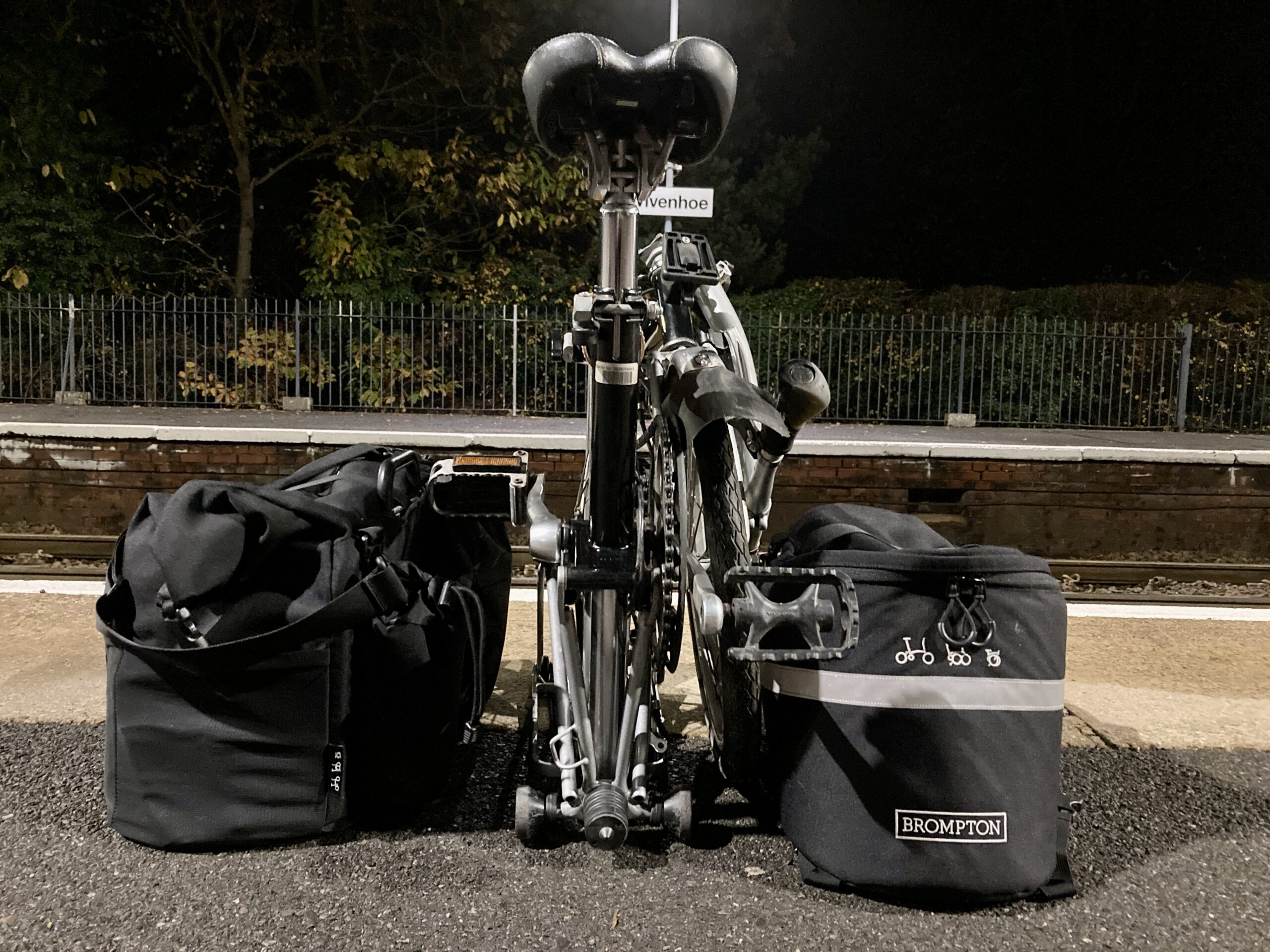 I pissed off back down to Sunny Stockwell early evening. Some absolute WEIRDO decided to sit opposite me on the train. The entire carriage was empty. He boarded, walked up and down, then decided on the seat opposite mine. I was going to make a move, but then he got off one stop later. Oddball.

I was stopped by a Copper at some lights ahead of Ldn Bridge on the Brompton ride down to Sunny Stockwell. Evening all, etc. wtf have I done? My days of traffic light jumping are long gone. I had working front and back lights.

Oh. So hopefully that’s not an arrestable offence. I was wearing my LED front and back flashing bib. I must admit, it’s quite a look.

Back in the flat and an email landed form Organisation X. It looks like that nice Information Commissioner put a rocket up their arse after they failed to comply with a Decision Notice. Organisation X has dodged the question yet again. The word ‘vexatious’ was used, more than once. Organisation X ISN’T Lambeth Council, btw.

I filed another two FoI’s, for shit ‘n’ giggles.

What Little Bookshops can do

#Festive500 at @HerneHillVel 🚴 Not for the faint hearted. Chapeau! #hernehill