I deleted some over zealous cache plugins first thing on Saturday morning. They were still telling me it was Wednesday across my various sites. I’m trying to find a decent workaround that will clear the cache without locking everything down. At the moment the modern interweb thinks that time has stood still. In the meantime I’ll leave the sites raw, there to be accessed at the pace of whatever connection users have access to. No one will notice the download speeds tbh. The modern interweb can be a right BALL ACHE.

Dotty was far too late in coming in overnight. She adjusts her in / out body clock rhythms with the changes to sunrise. 5:30am and a paw poke to the face is the current norm. But this morning it wasn’t until 7:45am when she appeared. She looked a little worse for wear with another scratch to her nose. Gawd knows what she’s betting up to. Dotty is a worry.

I booked some tickets for Titus Andronicus at the Wanamaker Theatre for January. It’s something to look forward to for the new year. I last saw a production of this at The Globe. It was the most exhilarating and gruesome theatre that I have ever seen. It will be interesting to see how The Globe Company push the boundaries indoors this winter.

A final morning admin task was to report a knackered street light. That’s my good deed for the day done. I wasn’t a fan at first when Essex County Council put in an LED bulb right opposite our house. But it acts as a half decent security measure. fixmystreet.com did the job. 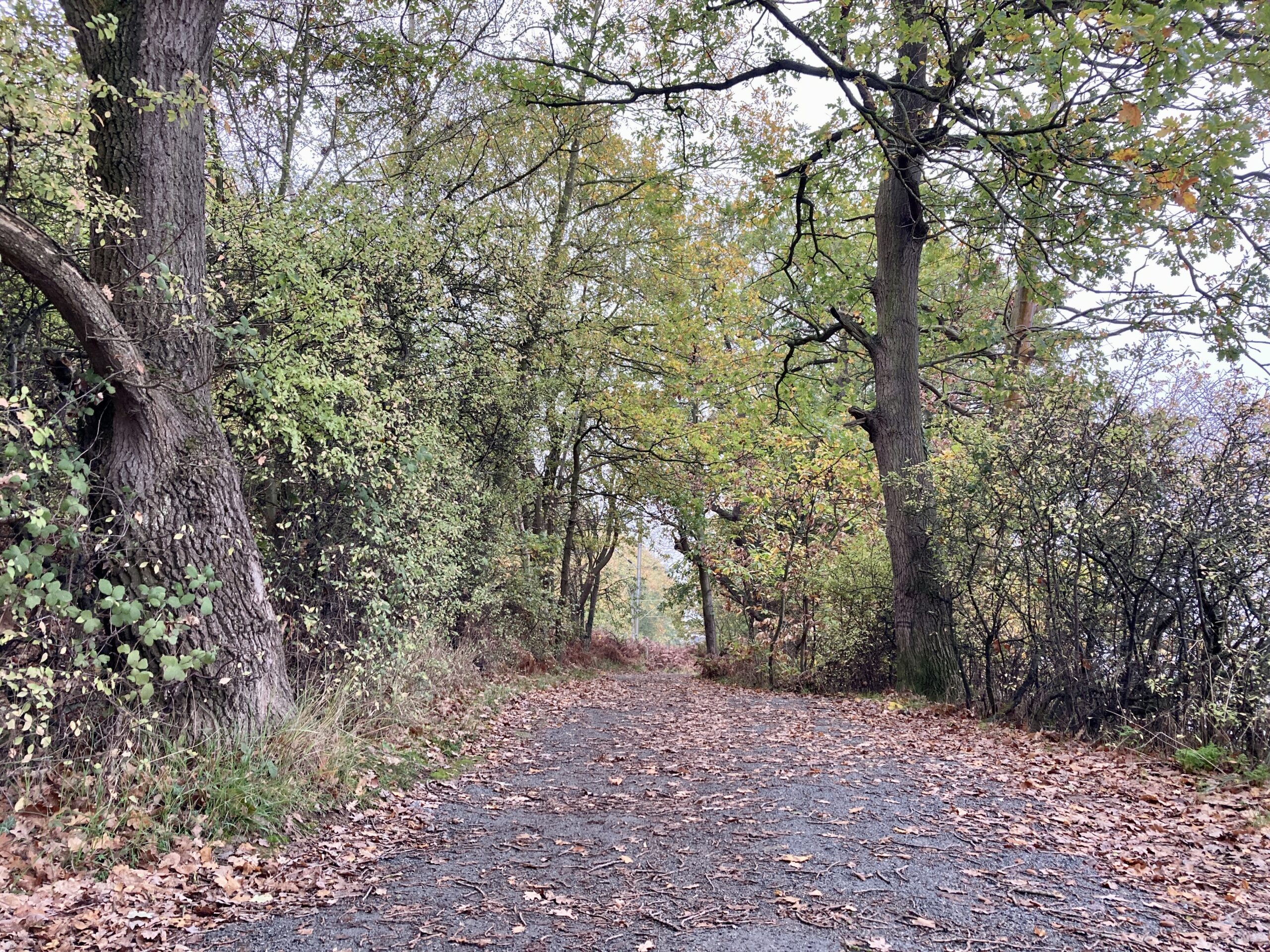 I cycled off along the Trail for the first time in over a month en route to ParkRun. It’s been temporarily closed in patches whilst a resurfacing job has taken place. The final outcome is impressive. Cornering was a little hairy as the gravel hasn’t bedded in yet. There is more space with the hedgerows also being trimmed down. 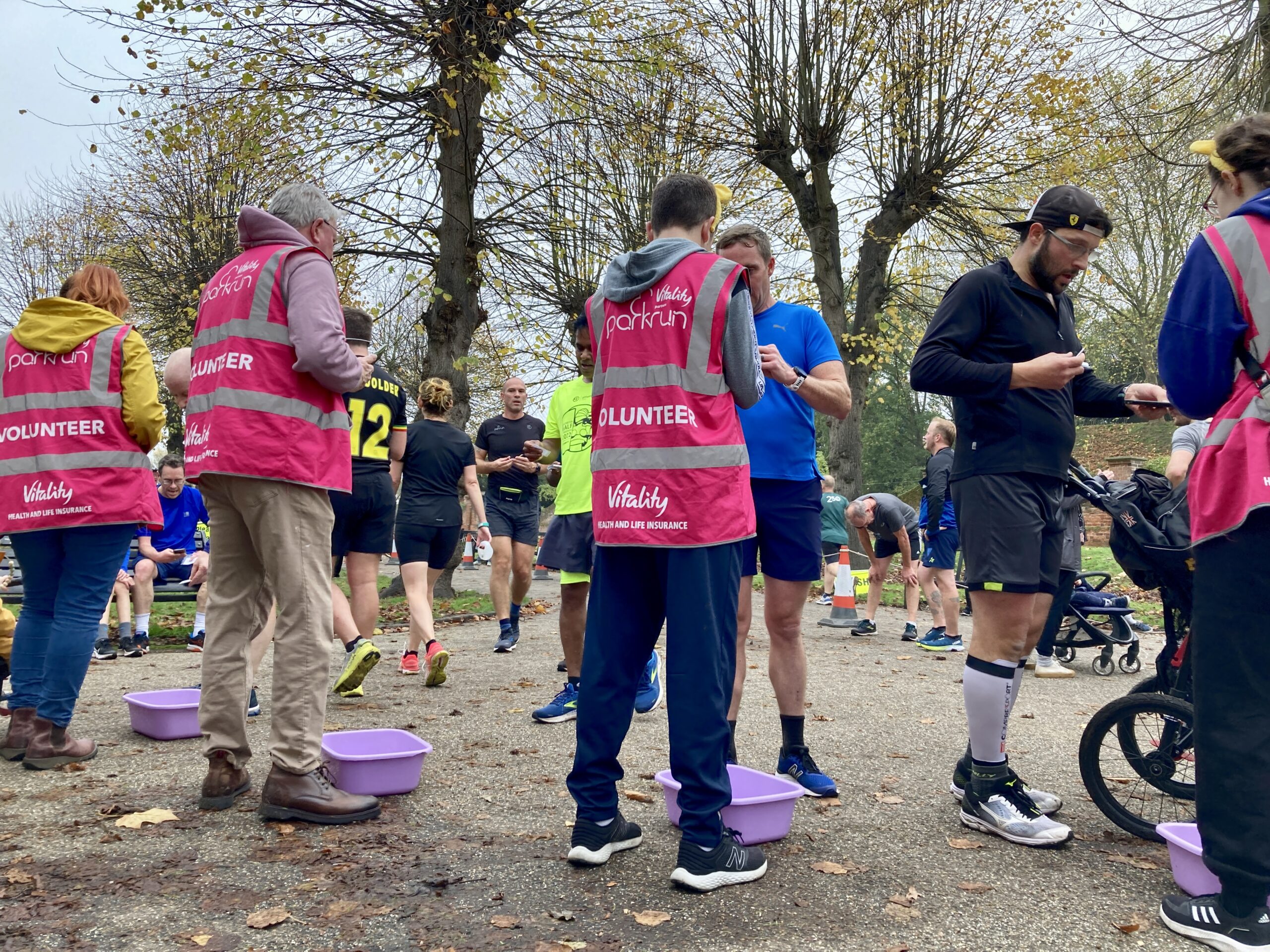 This was my first ParkRun post-tattoo. I found myself caught up in a bunch with a buggy. We were both the same pace, which was a little frustrating. I tried to push on, but the runner and his young passenger were clipping my heels. I let them pass through. But then I had a little extra kick and had to pass again.

“You’ve made a good start!”

…said an enthusiastic Marshall. Cheers, fella. I thought we were over half way around. What do you mean, start? My official race time was a plodding 22’45”. Meh. 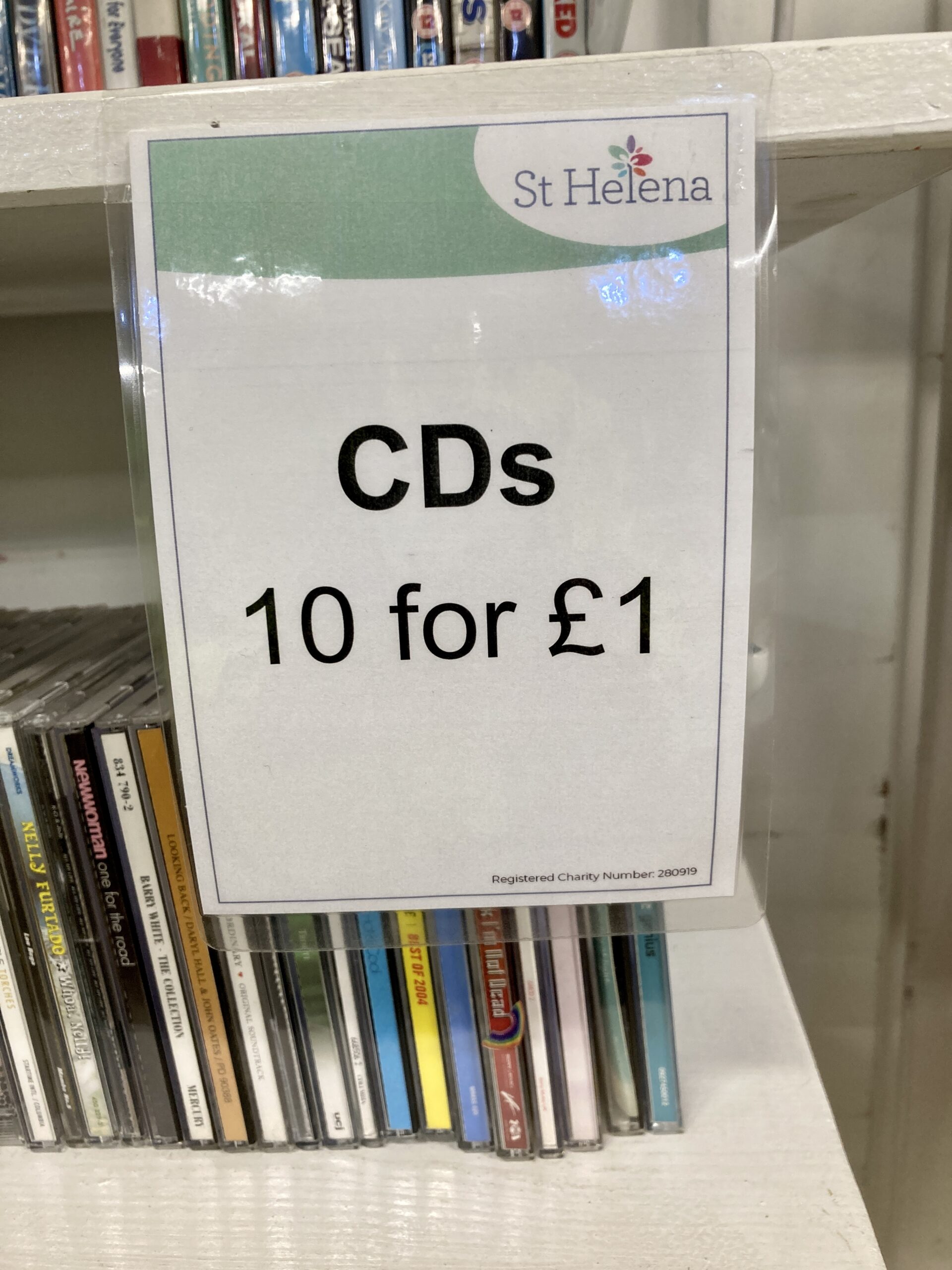 I hade a few errands in town / the city. I couldn’t resist having a shifty in a charity shop that was en route. The sign saying 10 CD’s for £1 was too good to miss. But I couldn’t find a single CD to raise my Saturday morning interest. Hey hoe.

It was a similar story on the market record stall. His prices are reasonable, but the stock wasn’t screaming out BUY ME! Prince’s Graffiti Bridge was £4. It’s all that’s missing from my collection. It’s probably worth £1 in terms of musical output. I passed.

A brief Lidl run followed. Blimey, that’s a steep bill I thought as I swiped my card. Back at base I realised why: FOUR pairs of washing up gloves stuck together. I thought I had only picked up one pair.

The Postman Delivers: a box fresh Chicago Bulls basketball jersey. It’s BNWT. I still can’t clock why I managed to blag it for £6.50 all in. I later missed out on a Surrey baseball cap with a cheeky eBay snipe. That annoyed me. 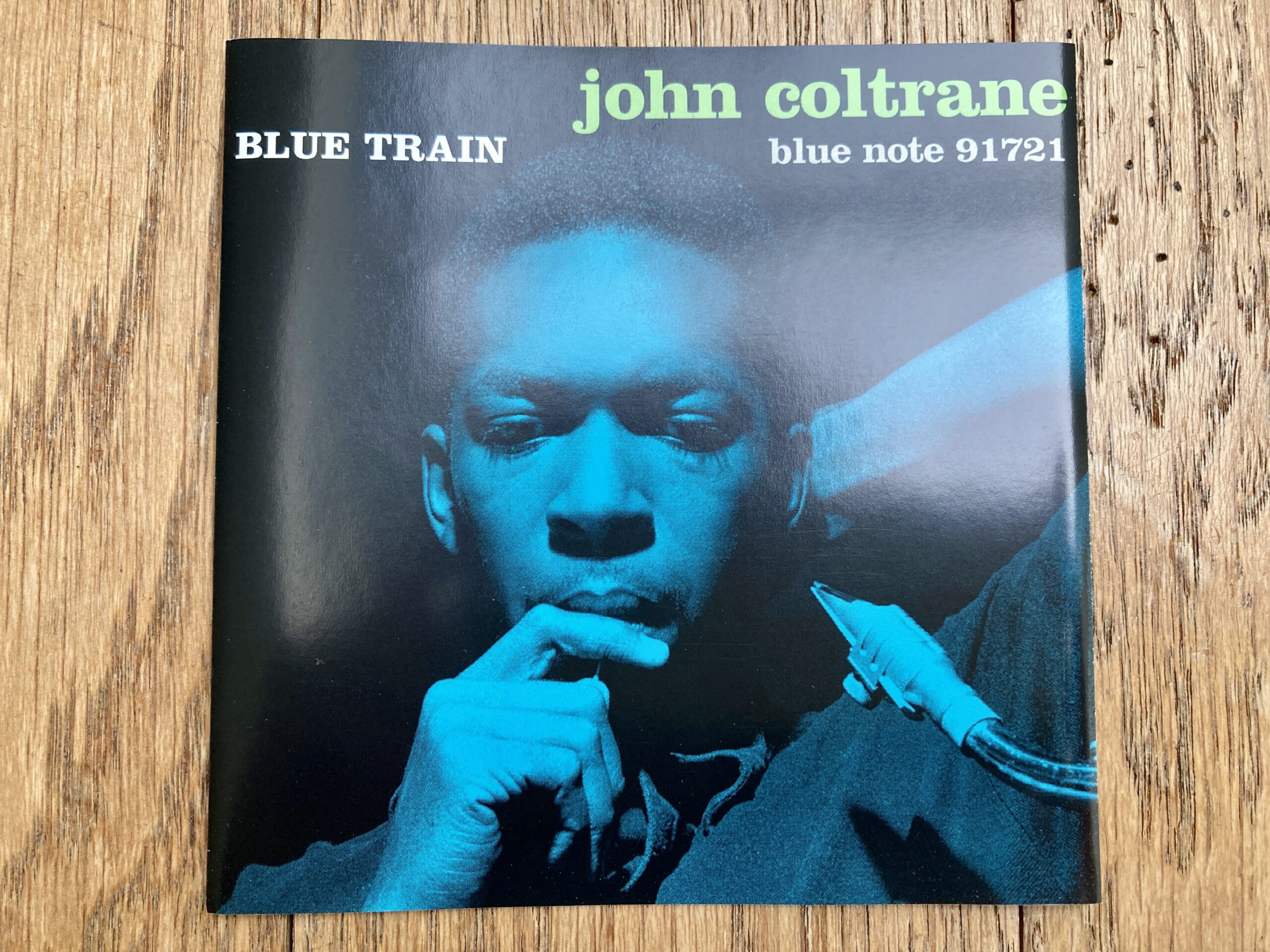 Saturday lunchtime was a treat. I was invited into the home of a rowing club member to walk away with as many CD’s as I could carry. THANK YOU, Madam. It wasn’t the most obvious meeting of the musical minds, but we were able to find some common ground. My CD collection now has an ambitious jazz angle to explore.

Out went the shout of To Wivenhoe Town FC! Forest Vs Palace at The World Famous City Ground was my main interest in the AirPods though. Forest kicked off in bright sunshine whilst Wivenhoe were struggling in the North Essex fog. I don’t think it was weather related but Wivenhoe were playing in red rather than the usual blue. 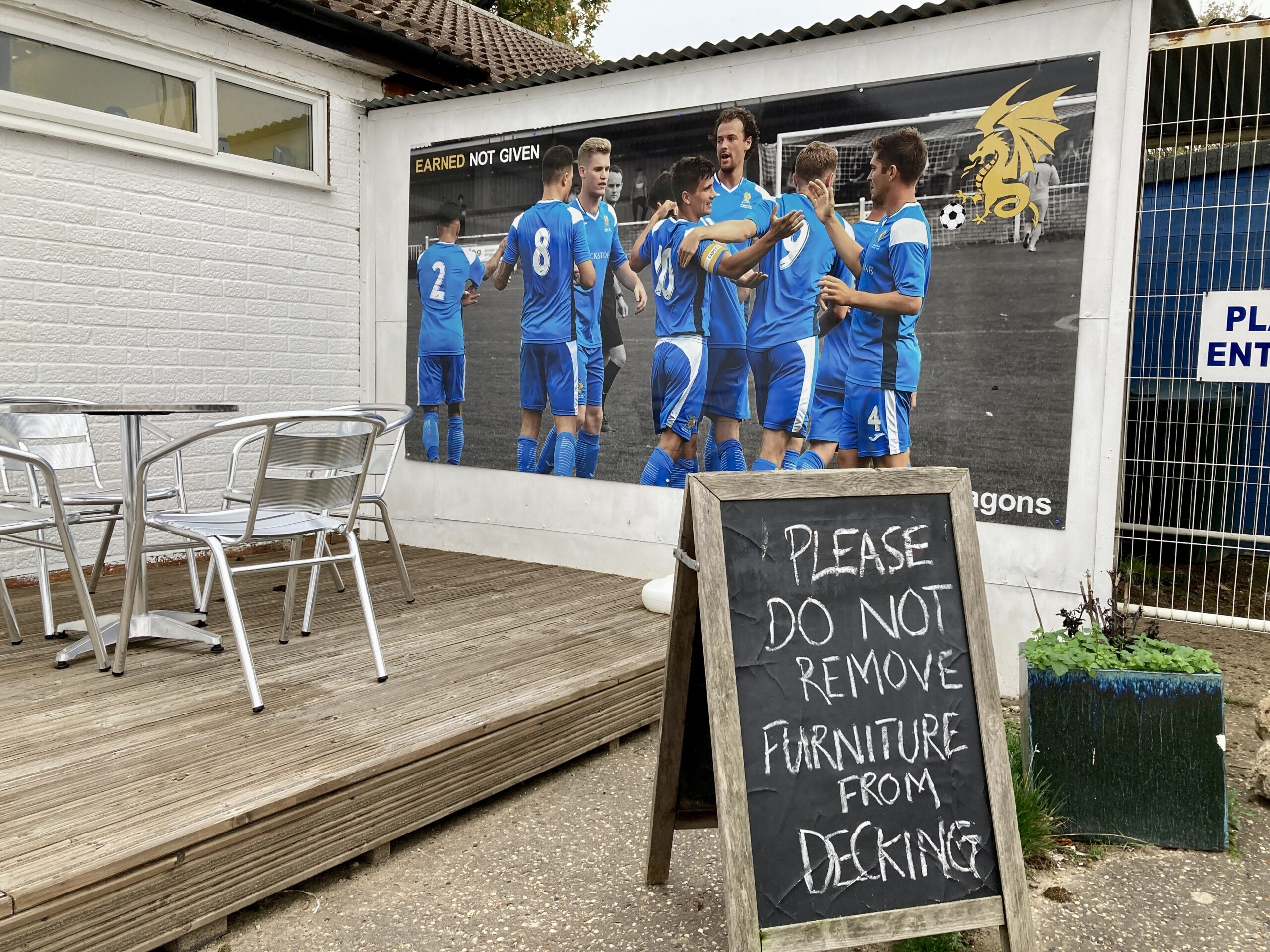 The first half was BONKERS. Blink and you’ll miss it, and the Dragons were 4-2 down before the half time whistle was blown. What the second half lacked in goals it made up for in red cards. Newbury Forest picked up two red cards, but departed with three points as the final score remained 4-2.

We cycled straight on from Broad Lane to the University. There was another basketball double header for the Rebels. The women’s team tipped off at 4pm, meaning that we missed the first two quarters. This was the biggest crowd we’ve seen at the Essex Sports Arena. The organisation is making a real effort. There was even a mic facing the crowd to pick up on the atmosphere. 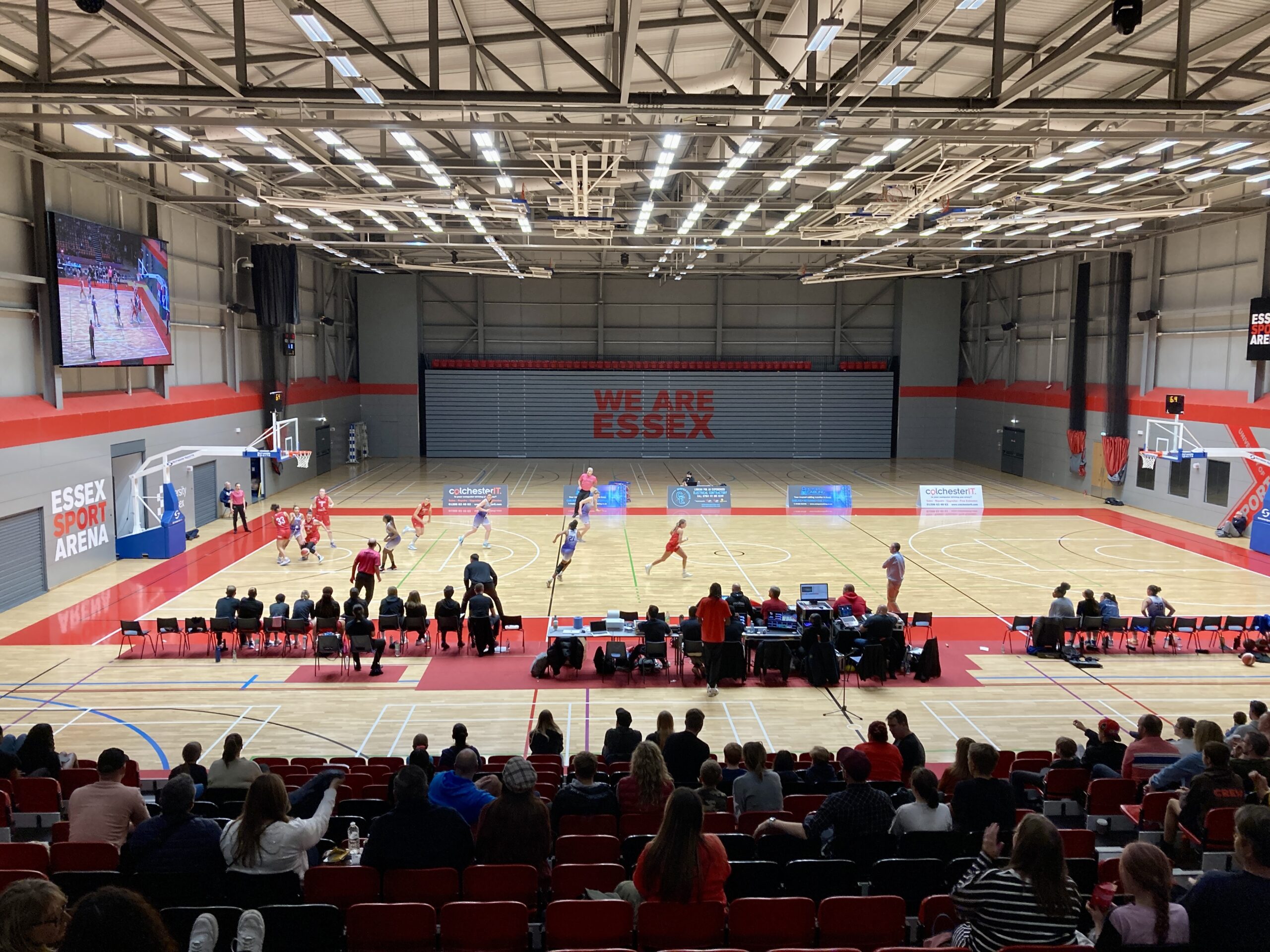 The women put in an impressive performance, beating Durham 69-56 to reach the semi-finals of the Cup. The men struggled against a quite brilliant Hemel Storm, losing 76-111 on their home court. The only weakness for the Storm was their bloody awful bright yellow kit. Plus it remains a mystery to why the current trend is for men to play indoor basketball wearing a pair of tights underneath their baggy shorts.

Saturday ended with another cheeky fucker putting in a £15 offer for the Sidebottom cassette. It’s on sale for £75 with good reason, mate.

Our warmongering politicians disgrace the memory of the war dead