Dave Winer added a new feature to FeeLand overnight. You can now write content into your own feed. It’s a pretty smart move. It makes FeedLand more than just an RSS reader – it was always more than that with the ability to share feeds; the new functionality opens up FeedLand to be a reader and writing content tool. Dave has hinted at opening up FeedLand so that it incorporates into other platforms such as Mastodon. His own simple approach to software would be much welcome over at Mastodon right now.

Album of the Day: Arcade Fire – The Suburbs

I quite liked how the early tracks segued into one another. This gave the album a collective feel. It didn’t last long. This was a DULL listening experience. Maybe it was because I was streaming? It felt like it was a chore to reach the end of the stream, rather than enjoy the music for what it is. Which isn’t much cop tbh… I’m surprised that I made it to the end. The Suburbs is far too bloody long at over an hour from start to finish. Thirty minutes might have held my interest. It was saved from one star by the Régine vocals.

I sold a duplicate copy of Modern Life is Rubbish on CD for a cheap as chips £2.50 – including P&P. You’ve got a bargain there, fella. Plus a half decent album. I bought it by mistake over the summer at Rat Records. I didn’t realise I already had an original from back in the day. Whoops. It’s got to the stage now where I need a file on my phone listing what I’ve got from artists such as Dylan, Bruce, Weller etc.

We had a brief break in the working morning for a a trip down to The Table of Dreams. It was pretty dull and damp. The table needed a good wiping down before we threw for serves. We played with the winter high viz ball. It conjures up magical images of Match of the Day in the 1970’s when the orange ball made an appearance. The Table of Dreams isn’t quite as glamorous as The World Famous City Ground. I soon rocked up a 5-0 scoreline. A suggested we play a winner takes all. I noticed the wind picking up, so agreed. I played a crafty game, letting the wind make up for my lack of spin. SMASHED her 6-0, innit 😎

Some very, very early bird tickets were released for South Facing at CP next summer. The Sleaford / Baxter / Fat White line up of a couple f years ago was bloody decent. Next summer there’s an over-priced Noel G (£60+!) and David Rodigan. I’m quite tempted by Rodigan, depending on who else is under the bill.

The Postman Delivers: talk about cash from chaos, etc. But YEAH 🔴 ⚫ 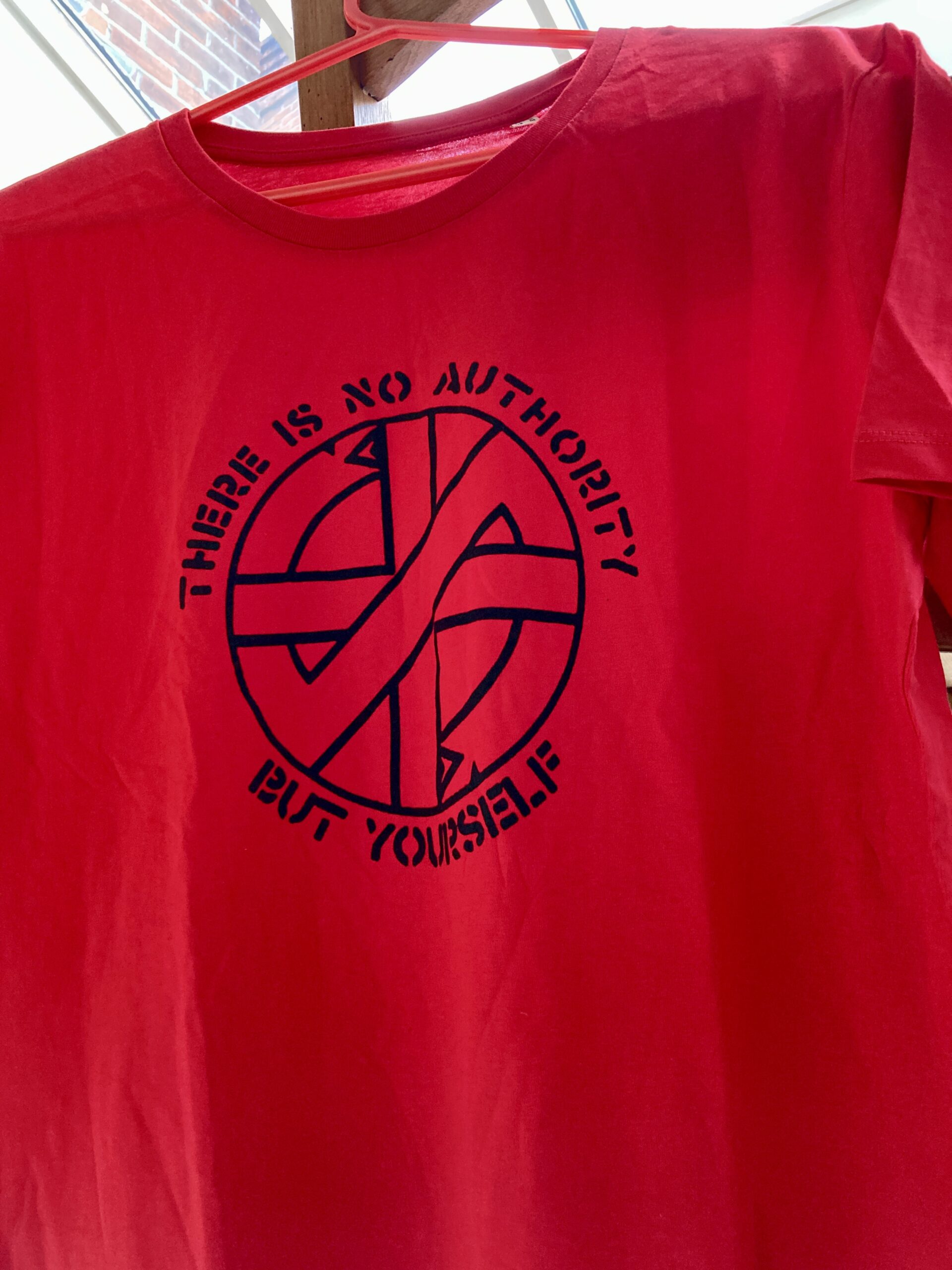 Most of the morning was spent once again trying to avoid the England t20 cricket score. I failed miserably. I need my watch and phone alerts for work. I couldn’t be arsed to disable the BBC Sport app. PING! Yeah, England have won, innit.

I set off for a steady run at lunchtime. This was my first fitness session since the tattoo appointment two weeks ago. I decided to take it at a lame pace. I listened to the new Dry Cleaning album in the AirPods throughout the route.

“Things are shit but they’re going to get better”

…is a half decent opening lyric. The album it a lot more polished, a little more soulful than the Dry Cleaning debut. And even that was a step up from the Goodnight debut. I still love that EP. I was with R when he managed to pick up an unbelievably cheap cassette copy at the Record Exchange at Notting Hill.

There was a trippy final track to close the album as I approached home. It seemed fitting that the lanes are littered with toadstools right now. It’s been a good year for the mushrooms, as Elvis Costello almost sang.

The final running time surprised me: 42’18” – the exact same time to the second for when I last ran this route a month ago. I should get tattoos more often. I was left gasping for air in a good way for the rest of the day. The run gave my lungs a good autumn workout.

The Gas Man came round later in the afternoon. No, not that fucker, but a nice Gas Man. It was the annual service for the fuck up of a boiler installation. He’s a decent fella. I finally had some good news to pass on to him after four years of asking for updates about Fuck Face.

Dexy’s As It Should Have Sounded album was up next. I’ve been trying to avoid this. I quite like the original Too-Ry-Aye and can’t work out why Smiley Kev wanted to ditch it. For some reason I thought this would be a new recording in its entirety. It’s not, just an updated studio mix. Not a lot has changed – there’s the Dexy’s soulful vocals, boastful trombones and all the fiddly diddly stuff.

Work was a little weird. I had to record my entire desktop during a four hour session to pass on as part of a training project. After an hour my MacBook couldn’t be arsed and tried to go back to bed. The hour long file clocks in at 2.6 Gigs.

WordPress also got on my tits all day. The email nags were endless. I’ve got auto updates for most of the plugins across all my sites. It seems that auto is not as automatic as you might expect. There’s a lag between developers updating and WordPress installing.

I loved this album when it was originally released. Girl VII was my gateway to London as I started to explore the city in the early 90’s. Saint Etienne managed to make Kennington, Silvertown and Tooting Graveny sound glamourous. It’s lost a little of the appeal over the years. It still has a nice slouch feel without ever being seedy. Some of the samples get on your tits after a while.

The final listening for the day was unexpected. I dug out The Imagined Village album. It’s a right old mixing pot of traditional folk attempting to appeal to a contemporary audience. Benjamin Zephaniah, Eliza and Marin Carthy, Weller, Billy Bragg – all are present. There’s a great energy that runs throughout.

Austerity is a one-sided class war, conducted in numbers and defended by economists’ jargon. And when that fails to do the trick, dissenters can be silenced.

They allowed us to be a guinea pig. And the guinea pig is dead’: the sorry saga of Barnet’s ‘easyCouncil’ | Local government

Fred Wright: A breakthrough year, future plans, and the next wave of British stars

“It’s so exciting. You’ve got #HerneHill and British riders in general. There are so many riders coming up and it’s only going to be more like that because of the success.”

#Transpontine: Millwall Mapped – exactly where was the Old Den?