Cat sick first thing on Tuesday morning. Which was a little weird. Not torrents of kitty chunder, but a couple of stray pieces of hard food that had been spat out. What was really odd was that they were delivered back into the food bowl. Cats are odd.

It didn’t get much better with some haggling with a locksmith to follow. The front door at South Lambeth Road now works a treat – and so it should, given the price we’ve had to pay. The invoice came in slightly higher than I was expecting. It’s not even my money that I’m haggling over. A compromise was reached. I probably put in more work for the freehold company than I actually do in the day job.

I had some podcast catching up with Andy Kershaw Plays Some Bloody Great Records. And guess what? He did. Kershaw has been cut adrift by the broadcasting Establishment, whatever that means these days. Yeah, we all make mistakes. But to overlook his musical knowledge and broadcasting skills because his face no longer fits is harsh. No worries. These random home recording pods allow him to share music that you probably won’t hear anywhere else. He’s angered with age. This is good. Just kick it until it breaks, etc.

Fuzzy Logic is SO out of sync with the whole Creation / Britpop narrative of the time. It could have been released in 1971, it could have been released in 2022. Dumbed down rock sits happily alongside baroque. I love the almost cult like quality of SFA. They’ve always been very insular, and like The Man, they don’t… give a fuck. It was a pleasure to revisit Fuzzy Logic. Trippy. 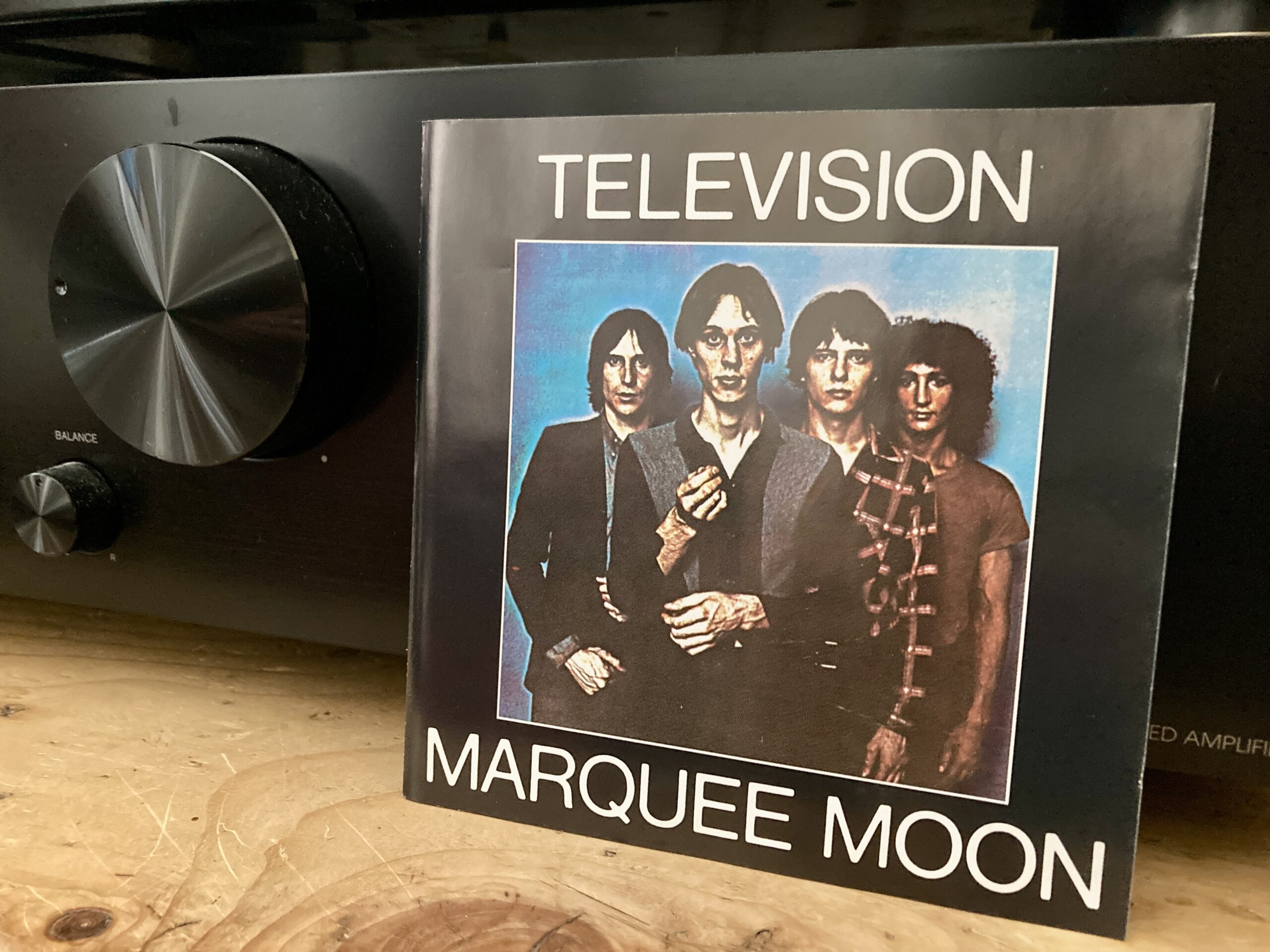 I continued with the CBGB theme from yesterday by digging out Television’s Marquee Moon. There couldn’t be a more polar opposite to The Ramones’ debut. I picked up this copy at the much missed Rat Records in Camberwell at the start of the summer. It’s one of those albums that I’ve not owned before, but you feel you know it inside out anyway. The Strokes are clearly fans.

The revised quote for the new front door came through. Knock knock. Who’s there? There’s no punchline tbh, apart from forking out for a much needed new front door that matches the value of my first annual salary. Ouch.

I finally got Mastodon set up – @JACobb@metalhead.club if you’re bothered. That was a bloody effort. It looks like the various servers were overloaded over the past couple of days, such was the mass exodus from Twitter. I still think Mastodon is a bloated space with no one there. Which kinda defeats the defining nature of a network. But it’s there, all set up, should Musk turn out to be a raving nut job with ambitions to takeover the modern interweb. Which is probably the case.

In Beer News: Two independent BOOZE shops lost, one over there, one over here. Oh dear. I’m guilty of doing the bulk online buying of booze. Or even the Lidl run at a push. I shall raise a glass of mass manufactured piss to both BOOZE shops later this evening. Chin chin.

I tried to make sense of the Boundary Commission proposals for both Lambeth and Sunny Colch. There was even fighting talk of bashing out a Buzz post. But I got bored just looking and so left it there. We remain in Vauxhall for S Ldn – with bits of Southwark also proposed to now be bolted onto the constituency. Colchester is a blatant attempt at gerrymandering with Labour supporting areas annexed out of the constituency.

Meanwhile it seemed no coincidence that Sir Bernard chose this moment to announce that he will be sanding for Harwich and North Essex once again. EVERYONE you spoke to with an opinion on this over recent months has said that Will Quince was pushing for the safe Conservative seat. But it seems not. It looks like he will be fancying his chances in a more centralised Colchester seat. This now includes his True Blue strongholds, but hands over the red blobs around the river to Sir Bernard.

We binged a little more on the Arsenal Prime series, before I put on my #MagpieJase hat and settled down to watch Notts on BT down The Lane. There’s always been a *shhh* Notts County loving mentality within my family, etc.

Book launch for new study of the work of Gee Vaucher